Former Manchester United boss, Jose Mourinho, has hailed Real Madrid following their 4-1 defeat to Ajax in the Champions League round of 16 second-leg encounter on Tuesday night.

Mourinho also dismissed reports linking him with a move to replace current Real Madrid manager, Santiago Bernabeu, at the club after the Los Blancos’ embarrassing defeat to Ajax. 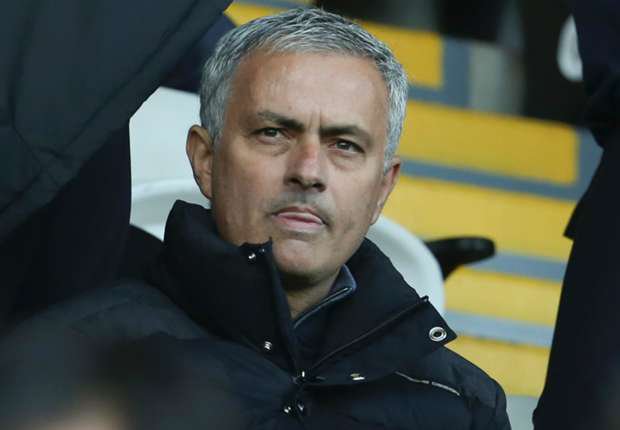 However, Marco Asensio did score a goal for Real Madrid.
DAILY POST had reported on Wednesday that former Real Madrid president, Ramon Calderon, claimed that Mourinho is the first choice to take over at Real Madrid and has already been approached by the club.
However, speaking in an interview with El Chiringuito TV in London on Thursday, Mourinho said: “You’re talking hypothetically. There is nothing, not even minimal contact from Real Madrid.

“Real Madrid have a coach. Obviously, it makes me proud to hear that fans at the Bernabeu chanted my name during Madrid’s Champions League 4-1 defeat to Ajax, but nothing more.”
“Surprising, but a lot of respect for what Real Madrid have done before in the Champions League. You can’t win the Champions league four, five or six times in a row.
“What they have done will never be repeated.”