Following their unbelievable victory yesterday in France against PSG, the triumphant Manchester United squad members have returned home.
Manchester United made their triumphant return in the early doors after a night even their legendary former boss will never forget.

And perhaps he encountered an arrival not even any of his iconic superstars witness as the heroes from Paris touched back down in England.

None as dramatic as the injury-time turnaround which saw the Red Devils come from behind to defeat Bayern Munich in the 1999 Champions League final.

But the now Red Devils director appears to want to save every moment from last night’s famous victory in Paris Saint-Germain as he was spotted leaving Manchester Airport clutching a souvenir poster.

Ole Gunnar Solskjaer, the man who scored that dramatic Treble-clinching strike twenty years ago for Fergie, still could not keep the smile off his face as he led his squad through arrivals in to the car park.

Who could blame him after an injury-ravaged United bounced back from a 2-0 first-leg deficit to claim a 3-1 victory at Parc des Princes and a spot in the quarter-final of Europe’s most-prestige competition.

And such was the heroic performance in the French capital, armed police deployed at the airport decided to recognise the achievement. 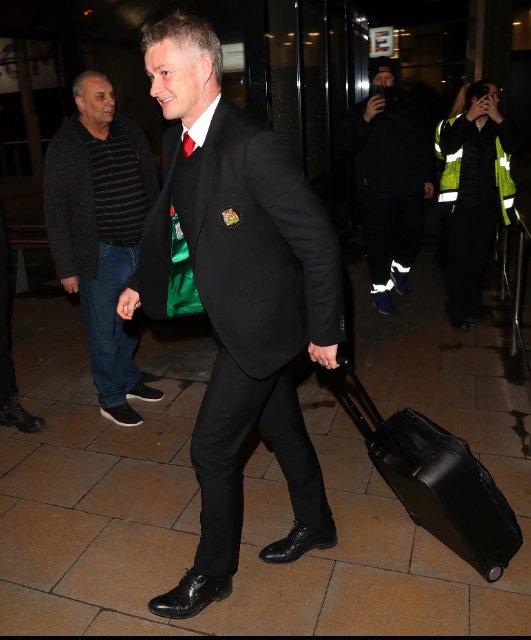 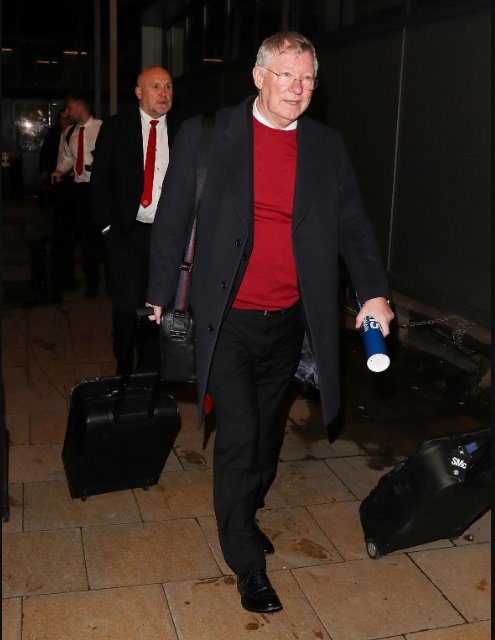 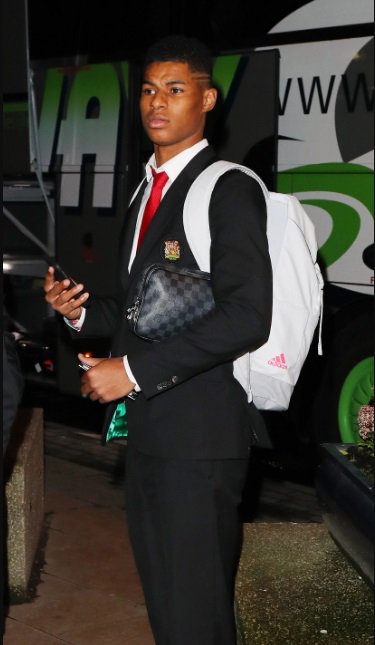 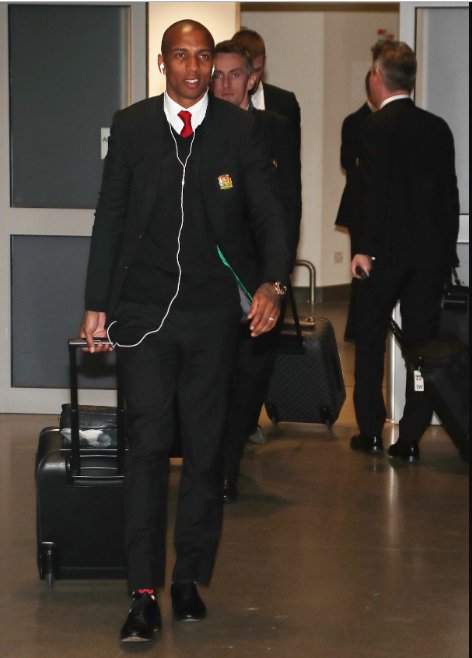