The South American endured a difficult campaign at Old Trafford following a big-money move and is considered to be the worst signing of the season.

Manchester United midfielder Fred is considered by Paul Parker to have been the worst signing of the 2018-19 campaign, with the former Red Devils defender saying: “I doubt if he’s even Brazilian!”
The South American saw a clamour for his signature sparked heading into the summer transfer window of 2018. 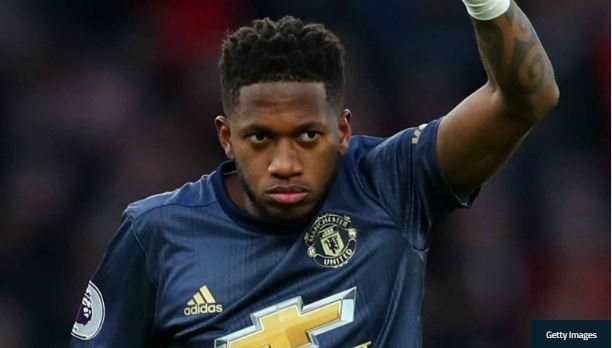 Leading sides from across Europe were said to have cast admiring glances in his direction.
In the end, United got a £52 million ($67m) deal with Shakhtar Donetsk over the line and brought a much sought-after asset onto their books.
Rival interest from Manchester City was fended off to land the 26-year-old, with the Red Devils having done similar when acquiring Alexis Sanchez from Arsenal.
Neither of those additions have worked out as planned, with a Chilean forward being tipped to head for the exits this summer after struggling to find any kind of form .
Fred is also considered to have flopped during his debut season in England, with an inability to establish consistency seeing him limited to just 13 Premier League starts.
Given how much he cost, and the limited return offered on that investment, ex-United full-back Parker believes the Red Devils can be considered to have done the worst business of the Premier League campaign just gone.

Asked by Eurosport to name his flop of the season, Parker said: “I would like to give that to Fred.
“I don’t think many people would question that one. I think a lot of Manchester United fans would even agree with me.
“It just hasn’t worked out for him and I doubt if he’s even Brazilian!”
Fred does have 11 caps for his country and formed part of the Brazil squad that made the quarter-finals of the 2018 World Cup.
He may, however, struggle to put himself in contention for a recall heading into another major tournament this year.

Brazil are preparing to take in a Copa America quest on home soil, with that campaign due to get underway on June 14 .
It remains to be seen if Fred will be involved or whether national team coach Tite will leave him to spend the summer working on his game in Manchester.