Skip to content
You are here:Edujandon.com » News » BREAKING: Three-Storey Under Construction Collapses In Enugu
News
September 12, 20199 months ago edujandon🏅 0 Comments

A three-storey building which was under construction has collapsed in a community in Enugu state. 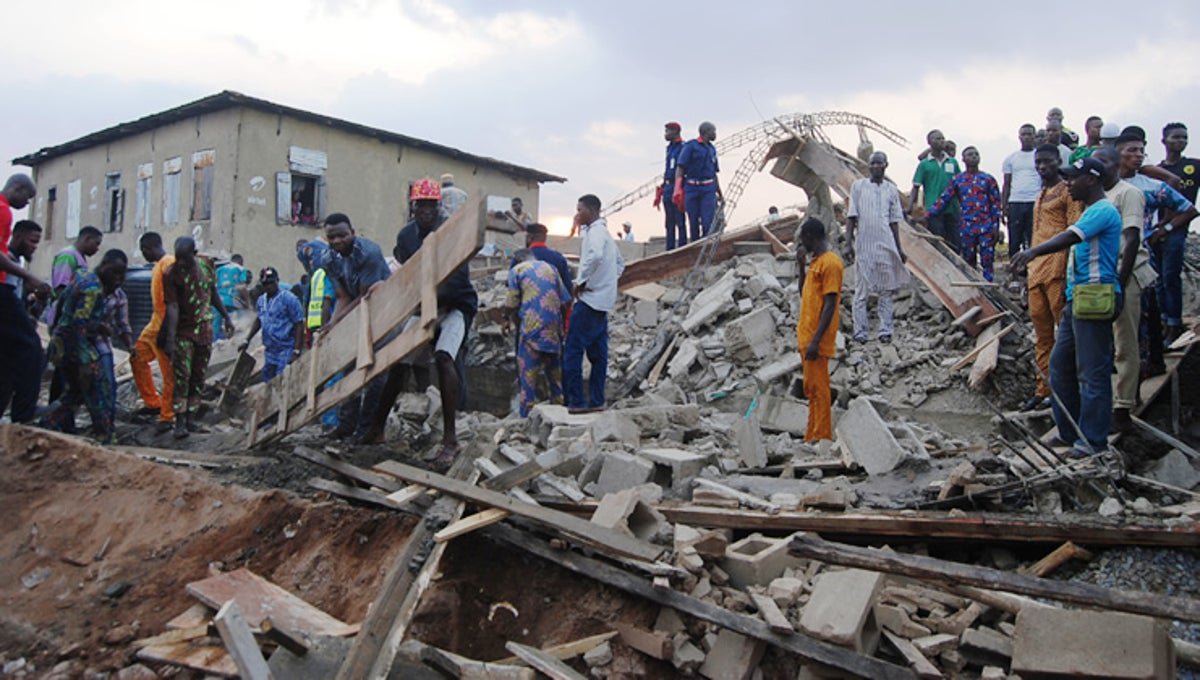 It was gathered that the building which is located behind Catherine Lodge was said to have collapsed on Wednesday night.

There were no casualties reported according to sources.

When The PUNCH visited the site on Thursday, some residents of the area attributed the incident to substandard materials and the use of quack engineer’s in the execution of the project.

A resident who gave his name as Clifford Eze told our correspondent that there was no casualty adding that block work had already been completed and the building was about to be roofed when it suddenly collapsed on Thursday around 8:30 p.m.

When contacted on the telephone, the state Police Public Relations Officer, Ebere Amaraizu, confirmed the incident. He confirmed that no casualty was recorded.

Amaraizu, a Superintendent of Police said that investigation had commenced to investigation to unravel the cause of the collapse.