He said he witnessed violence in the polling units where he voted and the others he visited during the election but could not tell of the situation in the ones he did not visit.

Petitioners’ Witness 57, Mohammed Yahaya, called by the Peoples Democratic Party and its 2019 presidential candidate, Atiku Abubakar, broke down in tears at the Presidential Election Petition Tribunal on Wednesday. 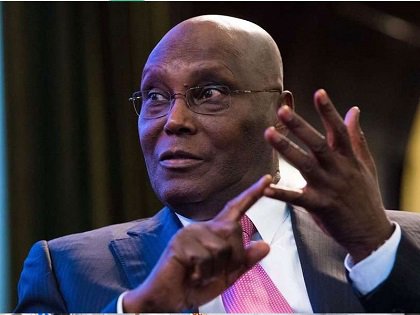 Mohammed, who served as the PDP agent for Aboto Ward in Dekina Local Government Area of Kogi State during the election, shed tears under cross-examination by President Muhammadu Buhari’s lawyer, Chief Wole Olanipekun (SAN), saying lives of people were being toyed with over politics.

Earlier, he had claimed that two persons were shot by All Progressives Congress’ thugs who invaded a polling unit in his ward on the day of the election.

He said the two victims were rushed to the hospital, but one of them died much later.

He said he witnessed violence in the polling units where he voted and the others he visited during the election but could not tell of the situation in the ones he did not visit.

“I ran away for my dear life. Where I did not visit, our agents told me they ran away for their dear lives,” he said.

The witness, who said he was fondly called “Honourable” by his mother whom he said had pampered him before her death, insisted that Aboto Ward had always been the stronghold of the PDP.

He said the PDP would have won in the ward had there been no violence in the ward.

The witness said “It was House of Assembly election and they are challenging it in court.”

He broke down in tears when Olanipekun repeated the question to extract a more satisfactory answer.

“You people are just playing politics with peoples’ lives. People died,” he said.

It took about five minutes for the head of the five-man panel, Justice Mohammed Garba, to pacify him.

Reacting to the development, Olanipekun said, “We are used to people like him. My question had nothing to do with death.”

Under cross-examination by All Progressives Congress’ lawyer, Lateef Fagbemi (SAN), the witness confirmed that the APC won in the 2015 elections in the ward.

“It may interest you to know that I was in APC during the election he is talking about.

“Had there been no violence, PDP would have won this election.”