Three persons were said to have been injured on Tuesday evening during an explosion that occurred at the campaign ground of the All Progressives Congress , along Four Lane Uyo , Akwa Ibom State .The incident , it was gathered , occurred at about 7 . 30 pm when some gunmen who arrived the venue in a car, threw explosives before opening fire on victims suspected to be members and supporters of the APC.

Eyewitnesses said the attackers carried out the operation within a few seconds and sped off before security operatives at the premises could return fire . 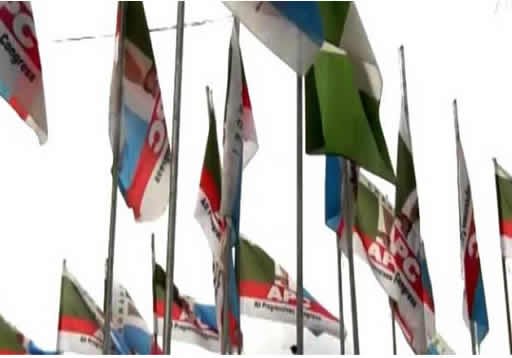 Victims of the attack were said to have been taken to an undisclosed hospital in Uyo for medical attention .

It was further gathered that two of them were in critical condition while the third victim, whose name was given as Mrs Uduak Sunday, sustained an injury on her right leg .

Reacting to the attack , the APC Campaign Council, in a statement by its spokesperson, Eseme Eyiboh , described the incident as another attempt to intimidate members of the party .

The statement said , “ This is another in the series of cowardly attempts at intimidating and cowing our party , the APC , and its supporters in the build – up to the March 9 , 2019 governorship election in the state .

“ Some months ago, unknown gunmen fired shots into the bedroom of the APC governorship candidate , Nsima Ekere , at his Ewet Housing Estate residence, with his family members narrowly escaping the attack .

“ The attack at the campaign office is a confirmation of earlier intelligence received by our party of the likely attempt by the PDP to truncate the March 9 , 2019 governorship polls in the state .

“ Intelligence at our disposal indicates that , faced with imminent defeat at the polls , Governor Emmanuel and the PDP have decided to disrupt the polls in Akwa Ibom State if they are prevented from carrying out another wholesale electoral robbery like the one they perpetrated during the presidential and National Assembly elections in collusion with the Independent National Electoral Commission . ”

But the PDP said it represented peace and would always stand for peace .

In a statement by its Publicity Secretary , Ini Ememobong , the party said , “ Our party has been notified of some careless rumours making the rounds that PDP members drove to the campaign office of the APC governorship candidate and shot at their supporters .

“ Nothing can be farther from the truth. How did the person know that the shooters were PDP members ? Assuming there was any shooting ?
“ The leadership of the APC should hide their faces in shame for such an ignoble act of importing thugs from Edo State to cause crisis in Akwa Ibom state , so that elections can be cancelled .

“ Our party is a party of peace and not war. We see God not Warsaw . ”

The state Police Public Relations Officer, Mr Odiko MacDon , could not be reached for an update on the issue as his phone line was not connecting.

He also did not respond to the text messages sent to him .