A mob has set the Independent National Electoral Commission office in Ngor -Okpalla Local Government Area of Imo State , on fire .It was gathered that the people also beat up a security officer at the office and snatched his phone .

The electoral officers in the LGA were seen trooping into the INEC office in Owerri around 2 pm accompanied by armed policemen . 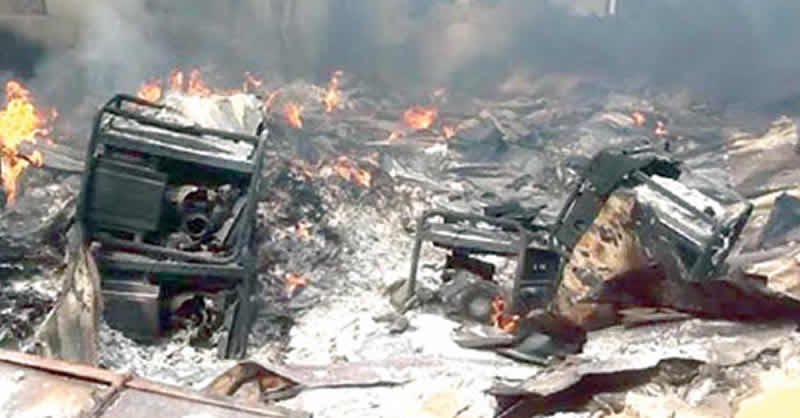 An electoral officer, who spoke on condition of anonymity said they narrowly escaped from the office with the election results .

She said , “ The people beat up a security man , tore his uniform and took away his handset . They then blocked the road with motorcycles , but we managed to escape with the election results in our Hilux van before they set the building on fire . ”

When contacted, the Imo State Resident Electoral Commissioner , Prof . Francis Ezeonu , simply said he asked the security personnel to bring the electoral officers to Owerri because the election result was being compromised .