The International AIDS Society on Tuesday welcomed an announcement that an HIV -positive man has remained in HIV remission without antiretroviral drugs 19 months after receiving a bone marrow transplant from a CCR 5 negative donor for Hodgkin ’ s lymphoma .C – C chemokine receptor type 5 , also known as CCR 5 or CD195, is a protein on the surface of white blood cells that is involved in the immune system , as it acts as a receptor for chemokines.

A Press release signed by IAS Communications Director, Mandy Sugrue , states that University College London researchers made the announcement at the annual Conference on Retroviruses and Opportunistic Infections being held in Seattle, USA , this week . 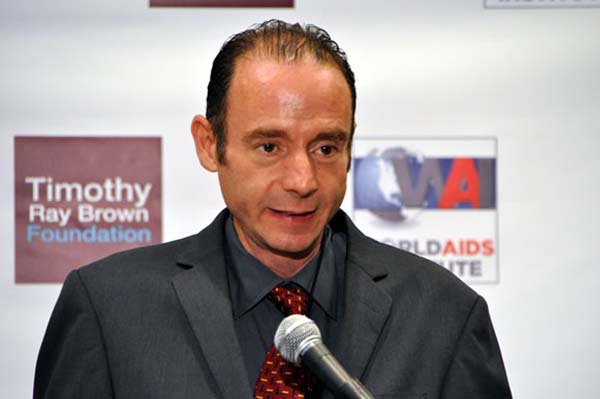 Though there are some differences , the London case mirrors that of the Berlin Patient, Timothy Brown, who has remained free of HIV and off ART since a bone marrow transplant 12 years ago and , until now , was the only adult considered to be cured of HIV .

“ Although it is not a viable large – scale strategy for a cure , it does represent a critical moment in the search for an HIV cure .

“ These new findings reaffirm our belief that there exists a proof of concept that HIV is curable . The hope is that this will eventually lead to a safe , cost – effective and easy strategy to achieve these results using gene technology or antibody techniques, ” Pozniak added .

In Berlin in 2007 , Brown, an HIV – positive man with acute myeloid leukaemia ,

received a bone marrow transplant from a donor who was naturally resistant to HIV infection because of a mutation in the CCR 5 gene, a critical protein required by HIV to enter and infect cells . Bone marrow from a CCR 5 negative donor was also given to the “ London Patient ” .

Brown stopped ART very soon after transplantation. He has now been free of readily detectable virus in the absence of ART for some 12 years . In other words , he is cured . Brown ’ s experience suggested that HIV might one day be curable ; it fuelled various efforts by researchers and institutions to focus on HIV cure research .

One such effort is the IAS Towards an HIV Cure initiative established in 2012 to promote and facilitate the search for a safe and affordable cure that can be scaled up .

“ The so – called London Patient has now been off ART for 19 months with no viral rebound which is impressive , but I would still be closely monitoring his viral load, ” Sharon Lewin, IAS Governing Council Member and Co – Chair of the Towards an HIV Cure initiative , said . “ However , this is a long time to be in remission off ART ’’ .

“ Coming 10 years after the successful report of the Berlin Patient, this new case confirms that bone marrow transplantation from a CCR 5 – negative donor can eliminate residual virus and stop any traces of virus from rebounding . Two factors are likely at play – the new bone marrow is resistant to HIV and also the new bone marrow is actively eliminating any HIV – infected cells through something called graft versus host disease . There are similarities with the Berlin Patient case , but there are also differences. ”

Mark Dybul , Co – Chair of the Towards an HIV Cure initiative, said : “ Despite the great success of ART , there remains a high need for a cure for HIV , especially in low -income settings . This case is as important as it is exciting . There is still more to discover . ”