The party stated that it was not going into merger with the APC but explained the party’s decision was due to its inability to present a candidate.
The Social Democratic Party (SDP) has revealed why it endorsed the candidature of President Muhammadu Buhari of the All Progressives Congress (APC) as its consensus candidate. 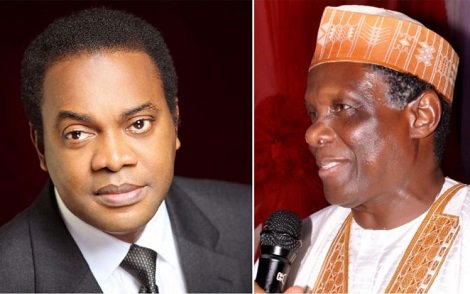 The party in a statement in Abuja on Thursday, said the decision was part of its National Executive Council (NEC) meeting.

The statement, signed by the party’s Director of Media and Publicity, Yemi Akinbode, made available to NAN said the party also suspended its National Publicity Secretary, Alfa Muhammad.

“The National Executive Council (NEC) of the Social Democratic Party (SDP) has resolved to adopt President Muhammadu Buhari and Vice President Yemi Osinbajo of the All Progressives Congress (APC) as candidates of our party for the 2019 presidential election.

“Members of the SDP are enjoined to vote for President Buhari at the presidential level only,” he said.

Akinbode stated that the party was not going into merger with the APC but explained the party’s decision was due to its inability to present a candidate.

He explained that the decision was due to a “lingering legal battle” between Donald Duke, the winner of the SDP presidential primaries and his major challenger, Prof. Jerry Gana.

“We, therefore, feel that it is imperative to technically withdraw from the presidential election and focus on the National Assembly, governorship and state assembly elections, for which we have fielded candidates across the country.”

The party also suspended its National Publicity Secretary, Muhammad, for allegedly breaching its constitution by indulging in anti-party activities.