Skip to content
You are here:Edujandon.com » News » Fact-Check: How True Is Nnamdi Kanu’s Claim Atiku Is From Cameroon?
News
February 5, 20191 year ago edujandon🏅 0 Comments

A fact-check has been conducted to test the credibility of Nnamdi Kanu’s claims that Atiku Abubakar is from Cameroon.
The leader of the Indigenous People of Biafra (IPOB), Nnamdi Kanu, on Saturday, stirred controversy when he alleged that Atiku Abubakar, the presidential candidate of the Peoples Democratic Party (PDP), is not “originally” a Nigerian. 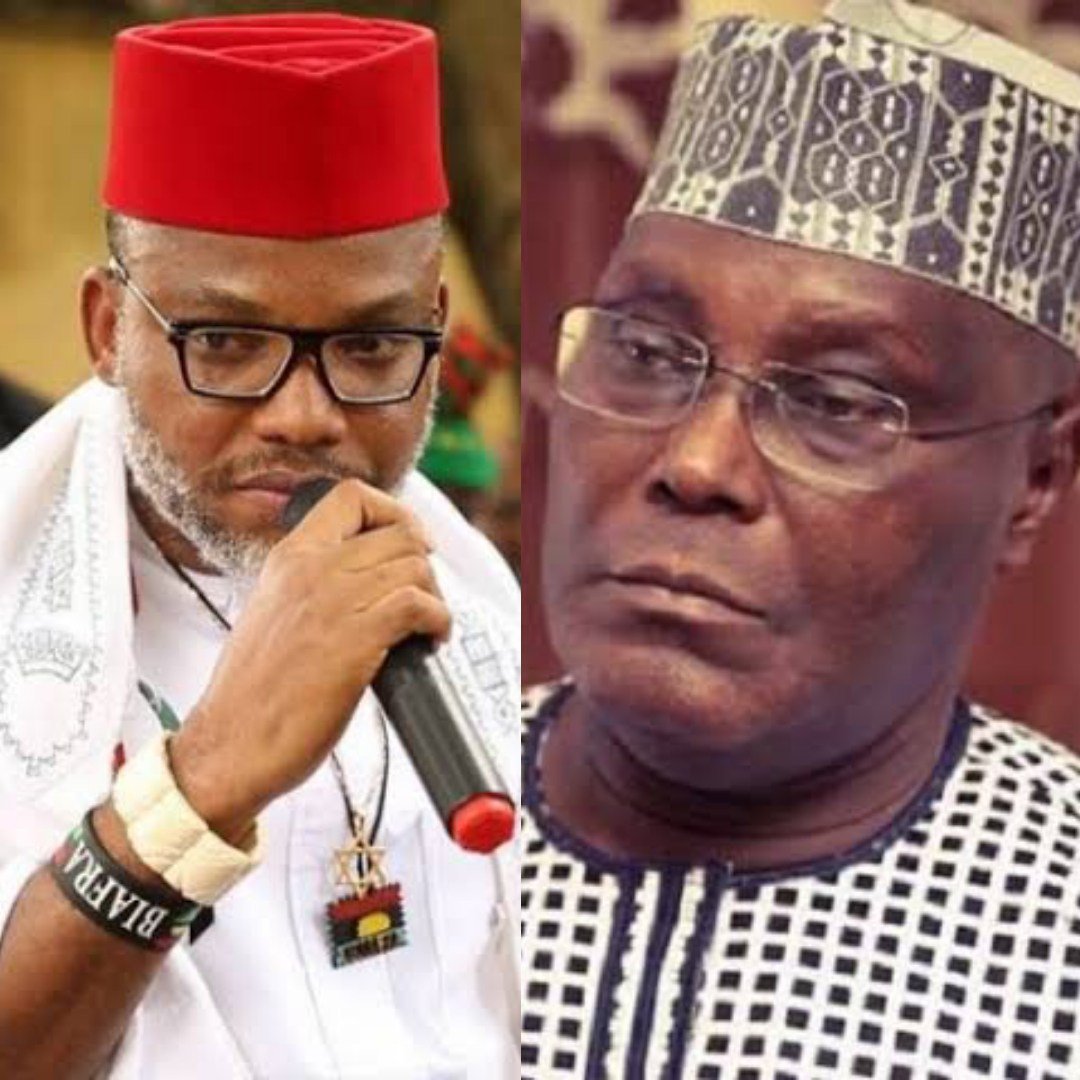 “Do you know that Atiku Abubakar is from Cameroon? His area of Adamawa was in Cameroon,” Mr Kanu said in a live broadcast on Radio Biafra which commenced 6 p.m. on Saturday.

The claim by the separatist leader has generated a buzz, especially on the social media.

But, how true is that claim by Mr Kanu?

Going by history, he is in fact not entirely wrong in his assertion, a fact-check by PREMIUM TIMES shows.

Atiku Abubakar is from Jada town in Adamawa State of Nigeria. However, Jada used to be in Ganye Local Government Area in Adamawa. Ganye is regarded as the mother of the whole Chamba tribe.

This area was never part of Nigeria legally until the February 1961 plebiscite where the people of the then Northern Cameroon voted to join Nigeria.

The area had been entrusted to Britain by a League of Nations mandate in 1919 and later as Trust Territory by the United Nations in 1946, according to an article published on Myculturebase.

Ganye, which incorporates Atiku’s birthplace of Jada was the headquarters of British Cameroons, but following the plebiscite, joined Nigeria.

Though Mr Kanu is correct about the historical origin of Atiku’s Jada, it is, however, instructive to note that when Mr Abubakar was on November 25, 1946 born to a Fulani trader and farmer Garba Abubakar, Jada village and other parts of Chamba land in the then Northern Cameroon were still known as British Cameroons.

With the defeat of Germany in World War I, Kamerun became a League of Nations mandate territory and was split into French Cameroons and British Cameroons in 1919.

While France integrated the economy of their part of Cameroon with that of France, the British administered theirs from neighbouring Nigeria, making Atiku’s Jada a British franchise.

Aside from these historical twists, the fact, however, remains that the PDP presidential candidate is legally a Nigerian as Jada became a full Nigerian territory after the plebiscite 59 years ago.

The IPOB leader in Saturday’s broadcast cited the plebiscite that incorporated parts of Chamba land into Nigeria as a justification for his call for a referendum.

Mr Kanu has been at the vanguard of the call for a break of the area he calls Biafra Republic from Nigeria through a referendum. The area incorporates South-east Nigeria dominated by the Igbos.

The IPOB leader, who is facing charges of treasonable felony at the Federal High Court in Abuja, had called for a boycott of elections in Anambra in November 2017 if the government failed to set a date for the referendum.

The call for a boycott failed as the election witnessed a large turnout.

Mr Kanu’s whereabouts were unknown until his reappearance last October in video footage, which showed him in Israel. He later made a broadcast on the Biafra Radio.

The IPOB leader also reiterated his call for a boycott of the February 16 elections by his supporters. He called on all “Biafrans” to sit at home on election day.