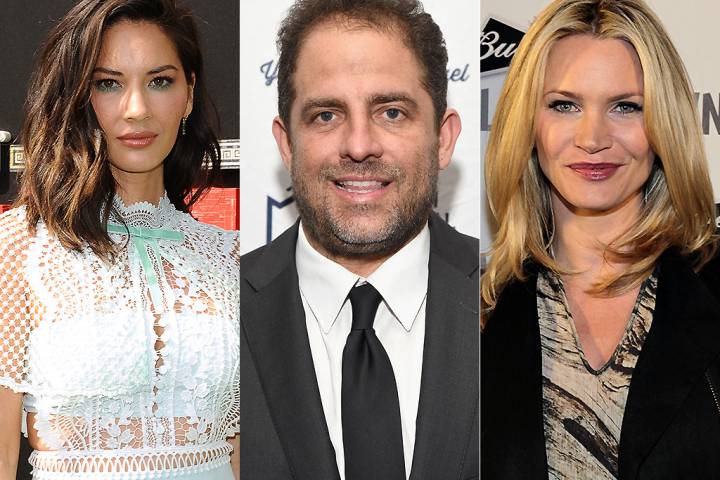 Six women have accused Hollywood filmmaker, Brett Ratner of sexual harassment or misconduct but he is not about to apologise like others who have been recently accused of the same thing. Instead, he’s hitting back with a lawsuit.

Brett Ratner took legal action against one of his accusers on Wednesday. According to Variety, Ratner filed a defamation suit against Melanie Kohler, a woman who claimed on Facebook that the 48-year-old director and producer had raped her in the mid-2000s.

Kohler took to Facebook and accused Ratner of raping her. Her Facebook post came more than a week before Los Angeles Times publiched a report in which six women accused Ratner of sexual assault or harassment. In her post, Kohler wrote that “Ratner was a rapist on at least one night in Hollywood about 12 years ago”.

According to the defamation suit, which was filed in federal court. Kohler said Ratner had “preyed on me as a drunk girl”. Ratner’s attorney told TMZ that Kohler said the director “forced her to have sex” after they’d met at a club in Los Angeles in either 2004 or 2005. Ratner’s suit characterized Kohler’s Facebook post as libel per se and alleged that her claims were “entirely false, fabricated and fictional.”

The defamation suit filed by Ratner seeks general, special and punitive damages for Ratner’s alleged “emotional distress, worry, anger and anxiety,” and “injuries to his personal and professional reputations”.

On Wednesday, the Los Angeles Times published its expose on Ratner’s alleged history of sexual predation. In the feature, six women, including actresses Olivia Munn and Jaime Ray Newman, detailed how Ratner allegedly sexually assaulted or harassed them. 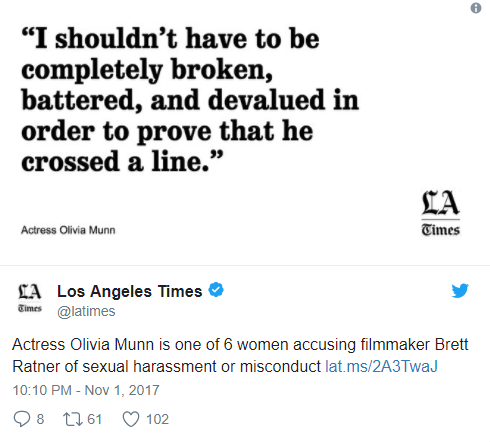 Munn recalled an incident in 2004 when she said Ratner masturbated in front of her in his trailer. Actress Natasha Henstridge accused Ratner of forcing her to perform oral sex on him. Henstridge said she was watching a movie on Brett Ratner’s couch when she fell asleep. She was a 19-year-old fashion model; he was an up-and-coming music video director in his early 20s. They had been hanging out in front of the TV with friends at his New York apartment. But when Henstridge woke up, the others had left. She was alone with Ratner. She got up to leave, Henstridge said, but he blocked the doorway with his body and wouldn’t budge. He began touching himself, she said, then forced her to perform oral sex.

“He strong-armed me in a real way. He physically forced himself on me,” she said. “At some point, I gave in and he did his thing.”

Through his attorney, Ratner denied the allegations leveled against him in the Times article.