Dangote launched the company in March 2016, to reduce importation of tomato paste, estimated at 400,000 tonnes annually.

The Dangote tomato processing factory located in Kano has been shut down after farmers engaged to supply the factory with raw materials abandoned tomato farming at the start of the rainy season in May. 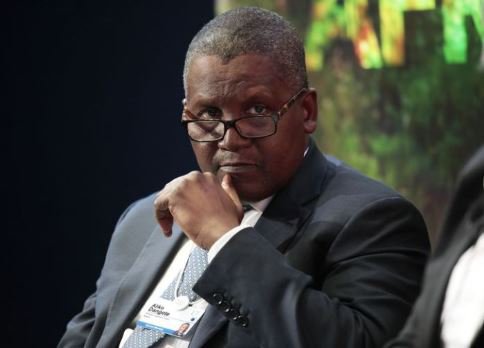 The factory resumed operations in March after being idle for three years.

According to Abdulkareem Kaita, the managing director of Dangote Farms, the company is losing at least N30 million every month that it remains shut.

The factory, which is Nigeria’s largest, has the capacity to process 1,200 tonnes of tomato a day.

The plant needs about 40 trucks of fresh tomatoes per day with each truck handling 30 tonnes of produce.

Dangote launched the company in March 2016, to reduce importation of tomato paste, estimated at 400,000 tonnes annually.

Nigeria is reported to be Africa’s third-largest importer of the commodity, importing from China and some other Asian countries.

Upon resumption of operations in March, the company was only able to produce 20% of its capacity due to inadequate supply of tomatoes.

“We knew tomato is a seasonal crop before we started as it’s the case in China and Europe,” Bloomberg quoted Kaita to have said.

“What we set out to do was reduce the post-harvest loss yearly to feed the factory.”

The farm has already acquired a 5,000-hectare of farmland to cultivate a high-yield variety of tomatoes to supply the factory with raw materials and at the same time introduce the variety to other farms to increase their productivity.

“With this, the output of the farmers would tremendously improve and the processing factory would record ample supply,” Kaita said.

“The effective implementation of the government’s policy in restricting tomato paste importation will guarantee more investment in the tomato value chain, which will eventually lead to self-sufficiency in few years to come.”

In February, Audu Ogbeh, the former minister of agriculture, had said the federal government would ban the importation of tomato paste before the end of 2019.