The police in Anambra state has reacted to the killing of officers by suspected members of the Indigenous People Of Biafra (IPOB) led by Mazi Nnamdi Kanu.

Some officers attached to the police division in Oraifite Community were set ablaze Monday morning, with their patrol van equally set on fire in the process.

Edujandon.com gathered that the ugly incident, which occurred at about 11:30 am, left some officers with various degrees of injuries, with others currently at the hospital.

Reacting in a statement sent to Igbere TV Monday night, the Anambra police command blamed the attack on members of the Indigenous People of Biafra (IPOB).

The statement signed by SP Haruna Mohammed, Police Spokesman, said the attack ensued after the officers attempted to arrest one Barr Ifeanyi Ejiofor, an accused person in the area.

The police, however, said some arrests have been made in connection to the incident, even as it vowed to bring the perpetrators to justice.

“On the 2/12/2019 at about 11:30 am,there was a formal complaint against One Barrister Ifeanyi Ejiofor ‘m’ (a member of the proscribed IPOB) in Oraifite on alleged case of abduction, assault occasioning harm and malicious damage to property.

“Following the report, Police Patrol teams led by the Area Commander, Oraifite ACP Oliver Abbey mobilised and rushed to the scene in order to arrest the suspect who declined Police invitation.

“However, as soon as Police arrived the house, armed men suspected to be IPOB members descended on the Police, set ablaze one Patrol vehicle and attacked them with rifles and machetes. As a result of the attack, two Police officers whose identities are being withheld were killed by the suspected IPOB members while others were inflicted with machete cuts. The injured personnels were rushed to the Hospital for medical attention and are presently receiving treatment. 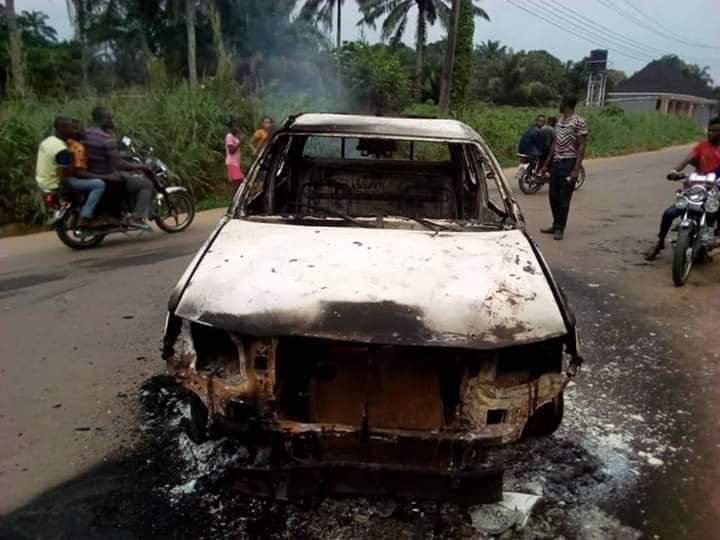 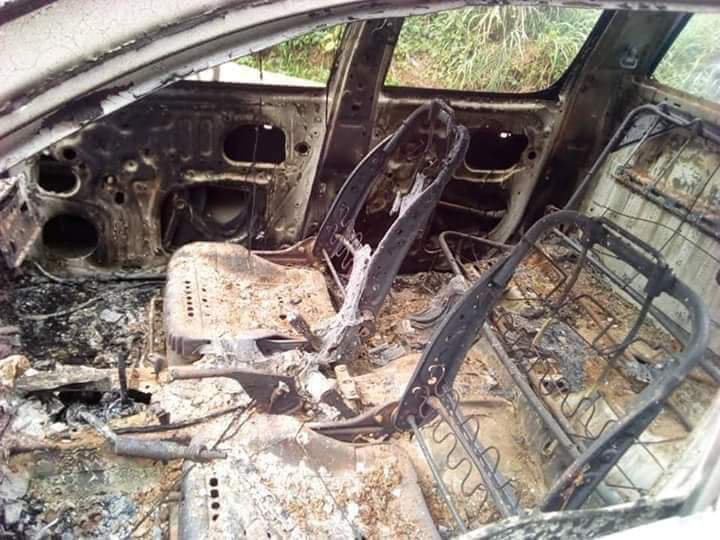 “Consequently, the Command deployed reinforcements from the State Headquarters comprising of PMF, SARS and Special Anti Cult Units in conjunction with the Army/other Sister agencies who cordoned off the area in order to fish out the culprits,while Joint patrol are still ongoing in the town to prevent further breakdown of law and order.

“Meanwhile,some arrests were made and the Commissioner of Police CP John B.Abang,fdc who is on his way to the scene has vowed to bring perpetrators of this dastardly act to justice.”

BREAKING: Police Officer Opens Fire On His Colleagues In Lagos, Kills Some Of Them

#JusticeForTina: Slimcase Appears In New Video, Apologizes For His Comments After Heavy Backlash