The Socio-Economic Rights and Accountability Project (SERAP) has sent an open letter to US President, Donald Trump, asking him to exercise his constitutional powers “pursuant to the Presidential Proclamations 7750 and 8697 to instruct the US Secretary of State and US Ambassador in Nigeria to temporarily ban Nigerian state governors and other senior public officials misusing the criminal justice system to jail journalists, bloggers, and activists reporting on allegations of corruption from entering the US.”

SERAP also urged Mr Trump to “use Presidential Proclamation 8697 (which allows the US Department of State to deny visas to foreign officials, their families and friends) who participate in serious human rights violations and other abuses such as misusing the criminal justice system to jail journalists, bloggers and activists to prevent them from reporting on allegations of corruption and other related cases.” 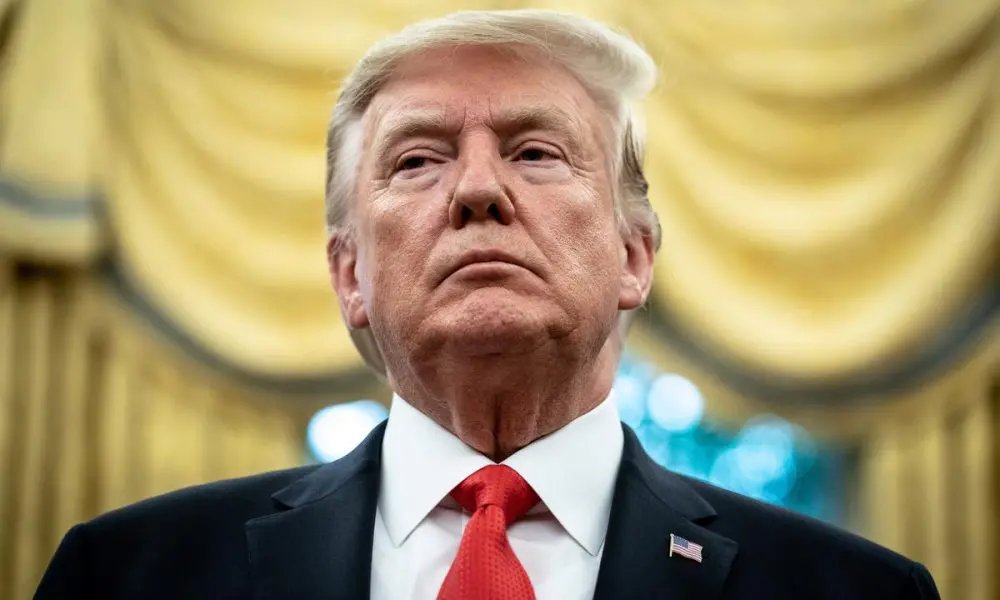 The letter followed SERAP’s report entitled “A Downward Spiral: How Federal and State Authorities are Tightening the Screws on Media Freedom in Nigeria” and launched today in Lagos.

In the letter dated 30 October, 2019 and signed by SERAP Deputy Director, Kolawole Oluwadare, the organization said “Democracy demands ‘maximum disclosure’ of all government-held information, and this won’t happen without respect for media freedom and the citizens’ rights to know. Undue restrictions on media freedom and the right to know would imply nothing short of abrogation of the ideals of democracy and good governance. Citizens’ right to know is vital for social welfare and other human rights.

“Media freedom and the right of citizens to know to constitute a crucial bulwark of democracy. It is essential for the general progress of a democratic society if people are to effectively monitor their government’s affairs and democratically participate in the running of society, they must have access to government-held information, which the media should be allowed to freely report.”

SERAP’s report documents the increasing cases of harassment, intimidation, arbitrary arrests and detention and deaths of journalists, bloggers, and other media workers while carrying out their legitimate work.

“Also, 109 journalists were attacked between 2010 and 2015, and several more journalists, bloggers, radio and TV stations and activists have been targeted since 2015. At least 36 attacks on journalists were recorded between January and July 2019 alone, 30 of the attacks happening during the 2019 general elections.

“The attacks and harassment include arbitrary arrests and detention, physical attacks and even deaths. In 2018, at least 45 radio and TV stations were sanctioned by the authorities on unfounded allegations of breaching some codes of conduct.

“Proactive initiatives to protect media freedom and human rights that would invariably contribute to transparency and accountability globally have always been in the best long-term interests of the US. Your application of targeted sanctions would reaffirm US commitments to human rights, and media freedom and help to supplement the criminal justice in Nigeria and be entirely consistent with the US international obligations.

“SERAP believes that your government’s imposition of targeted sanctions against those accused of misusing the criminal justice system to attack, intimidate, harass and jail journalists, bloggers, and activists in Nigeria would help to deter other state governments, governors and other senior public officials from limiting the enjoyment of Nigerians’ right to information about what their government is doing in their names.

“Such sanctions would not violate due process and presumption of innocence principles, as long as the reasons for the sanctions are communicated to those that may be affected, as what is recommended is a temporary travel ban. We argue that the imposition of temporary travel bans on public officials complicit in the violation of media freedom and preventing reporting of allegations of corruption is a preventive and not punitive measure.

“SERAP, therefore, urges you to apply the presidential proclamations 7750 and 8697 as instruments of foreign policy to promote targeted sanctions against state governments, governors and other senior public officials in Nigeria, just as the US has for many years applied targeted sanctions, including imposing travel restrictions on systematic violations of human rights.

“SERAP believes that applying presidential proclamations 7750 and 8697 as recommended would be very helpful to Nigeria’s efforts to protect media freedom, improve transparency and accountability and generally ensure full respect for the human rights of journalists, bloggers, and activists across Nigeria. It would also facilitate equivalent visa bans in other globally desirable locations as well.

“SERAP hopes that you will exercise your constitutional powers to promote human rights, media freedom, transparency and accountability in Nigeria.

“SERAP also notes that Presidential Proclamations 7750 and 8697 underscore the important role of the media in the establishment of legitimate and transparent public institutions to world stability, peace, and development.

“The proclamations note the US ‘enduring commitment to respect for human rights and humanitarian law’, which requires that its Government be able to ensure that the US does not become a safe haven for suspected violators of human rights and other abuses. They also aim to help the US authorities to secure peace, promote the rule of law, combat crime and corruption, and strengthen democracies around the globe.

“Significantly, the Presidential Proclamations underscore that it is in the interests of the United States to take action to restrict the international travel and to suspend the entry into the United States, as immigrants or non-immigrants, of certain persons who are suspected to be involved in serious violations of human rights, humanitarian law, and other abuses.”

COVID-19: Nigerian govt specify churches, mosques that will not be allowed to reopen

COVID-19: FG warns Nigerians about next phase of eased lockdown