Skip to content
You are here:Edujandon.com » News » BREAKING: Five People Abducted By Herdsmen Rescued From The Kidnappers In Osun
News
September 23, 20198 months ago edujandon🏅 0 Comments

As many as five persons who were abduced by herdsmen have been rescued from their kidnappers in Osun.

Punch Metro reports that five people among those abducted by the suspected Fulani herdsmen in Ajeoku Village, Obokun Local Government area of Osun State have been rescued. 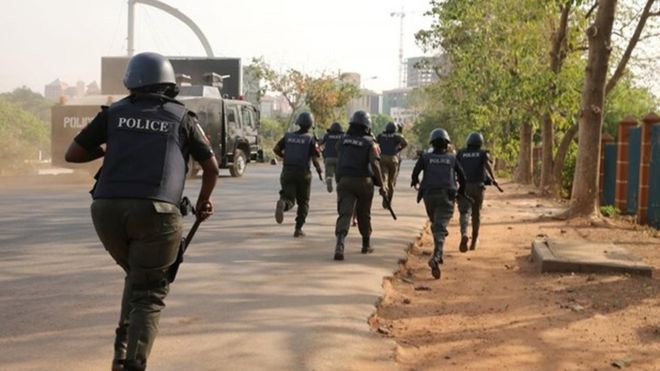 Two of the abductees, who were said to be heading towards Osogbo, were however shot and are said to be receiving treatment at a private hospital in Imesi Ile.

A security source present who preferred not to be named, said among those rescued were three siblings and two others.

The source added that five persons made up of four male and a lady are still being held.

Former chairman of Obokun LG, Mr. Sunday Ojo-Williams, told our correspondent that those abducted were being held inside Olua Forest, adding that efforts were on to rescue others in the custody of the abductors.

Osun State Coordinator of Oodua Peoples Congress, Deji Aladesawe, whose men were part of the rescue team, in a chat, said some people have been rescued, though he could not give the exact figure.