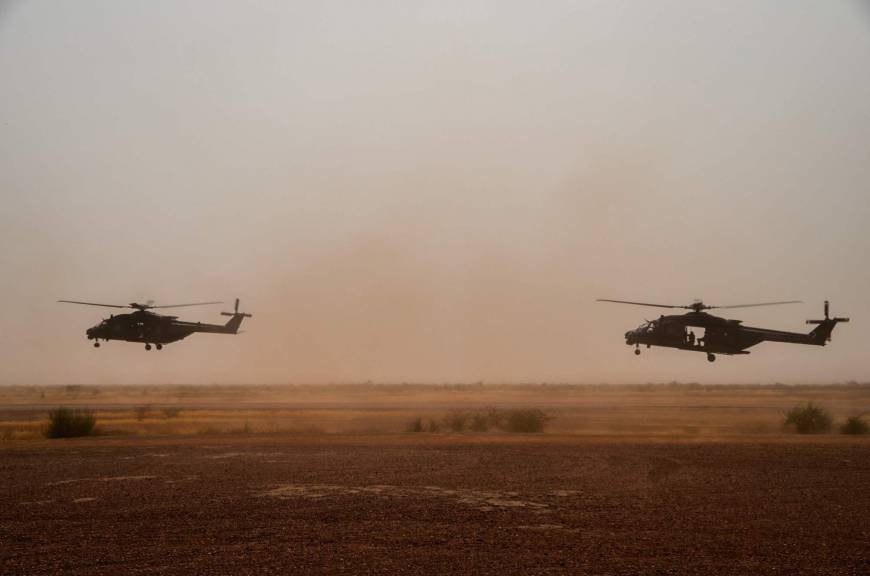 The report, (NOT ON Edujandon.com) accompanied with a picture, had gone viral, claiming that the Airforce personnel were dropping weapons for the Fulani herdsmen ahead of a planned attack in Enugu State.

But the Airforce spokesman has now dismissed it as unfounded.

The statement obtained by our correspondent read: “The attention of Headquarters Ground Training Command (HQ GTC) Nigerian Air Force (NAF) Enugu has been drawn to a story being circulated by some mischievous, misguided elements purporting that NAF helicopters were being used to “drop” weapons for Fulani herdsmen in the forest area of Akwuke Community in Enugu South Local Government Area (LGA) of Enugu State. The report alleged that helicopters had been seen on several occasions flying at low level and landing in the forest area to “discharge their packages”.

“HQ GTC wishes to state that the report is deliberately misleading and obviously concocted by the writer to cause disaffection and incite negative, divisive emotions. It must be noted that the NAF has 2 helicopter training institutions under its purview, which have been operating in Enugu for several years. These are the International Helicopter Flying School (IHFS) and 405 Helicopter Combat Training Group (405 HCTG), whose training curricula include low level flying around the forest areas near Akukwe, which is one of their designated training areas.

“In particular, the 405 HCTG commenced tactical training on the newly acquired 109 Power helicopters on 24 May 2019, which includes low level flying as well as other maneuvres requiring them to land and take off within the training area. However, at no time was any NAF helicopter used to ‘drop’ any materials, let alone deliver weapons to any individual or group. Members of the public, especially residents of Enugu State, are therefore advised to discountenance the fake report and go about their normal activities without fear.

“The NAF, as a professional fighting force, remains resolute in performing its constitutional role of defending the territorial integrity of a united Nigeria. Accordingly, we shall continue to work assiduously, in synergy with sister Services and other security agencies, to rid the country of all criminal elements in order to enable all Nigerians pursue their legitimate aspirations.”