Skip to content
You are here:Edujandon.com » Entertainment » Majek Fashek goes after Soundcity over rejection of music videos
Entertainment
June 16, 201912 months ago edujandon🏅 0 Comments

Legendary singer , Majekodunmi Fasheke, aka Majek Fashek , has maintained that his downward spiral into the abyss of drug abuse that almost ruined his career wasn ’ t ordinary . He told Sunday Scoop, “ I never took drugs . I only took marijuana and alcohol . However , those are things of the past. I still smoke cigarette once in a while but I don’ t take wine anymore . In life, everybody has ups and downs, and some of these things are not ordinary . My problem wasn ’ t ordinary . There was a particular time I travelled outside the country and immediately I got back to Nigeria, I sensed that something had gone wrong . However , they could not destroy my destiny because God is in control . ”

The singer also expressed disappointment at Soundcity for refusing to play his music videos . He said , “ Uzo ( his manager) mesmerised me with that video . He has lived in America for a long time and he has the necessary skill ( to shoot good videos ) . If my videos are not played , then people would think I’ m not doing anything but drinking gin and taking drugs . There are a lot of problems in Nigeria today because we are not united , and one of my new songs , Akugbe ( Unity ) , addresses that . If everybody, irrespective of where they are from , join hands and work together , Nigeria would be greater than it ever was . 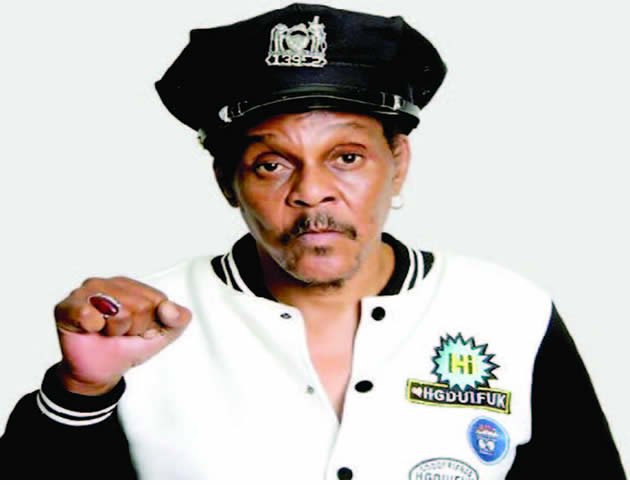 “ In England , we shot a video at Canary Wharf, and when we arrived in Nigeria, we paid Tajudeen Adepetu ( CEO of Soundcity ) a courtesy visit . When we met after two weeks , he told me the video wasn ’ t up to their standard. I didn ’ t find it funny.

Meanwhile , we have lots of songs by ‘ Yahoo boys’ where girls nearly go naked and they sing about mundane things. Are those ones the quality videos ? After sometime , we went back to the United States and shot the video for Akugbe on Red camera , which is one of the best cameras for cinematography . When we got back from the United States , we took the video to Soundcity , and they also said it wasn ’ t up to standard. I felt disrespected . That song promotes our culture and I don’ t think there is anything wrong with it . We should learn to celebrate our own . Which of Bob Marley ’ s videos were shot with Red camera ? Soundcity has a question to answer , to say how that video is not up to standard. Look at some of the songs they play on that particular station and compare the standards with mine . ”
His manager, Uzo Omenka , also reechoed the singer ’ s sentiments . He said , “ Majek is a hard – working legend that doesn ’ t deserve that type of treatment . The man has actually paid his dues and he should be respected . Majek was on the David Letterman Show in 1992 , long before people like President George Bush and President Barack Obama had the opportunity to be there . He actually produced this whole album . However , the song is played on other stations such as Hip TV and others . ”

Dismissing insinuations that Majek is living on past glory , Omenka said , “ Majek ’ s music is evergreen . If you want to connect with the older generation, you need to play music such as Majek ’ s songs . Till today , if they play songs such as Send down the Rain
and So Long , Too Long , everybody is usually excited . ”

Chipping in , Majek said , “ Many of the songs I released in the past were ahead of their time . If you say I’ m ‘ yesterday ’ s artiste ’ , what is the new generation of artistes bringing to the table ? We need songs that are actually evergreen and pass meaningful messages. Would you want your daughter listening to the new songs with vulgar messages ? Some of these songs contribute to the high level of drug abuse and other vices in the country. ”