Skip to content
You are here:Edujandon.com » News » Sports » Worst Man Utd season in 30 years? And things are set to get even worse
Sports
May 12, 20191 year ago edujandon🏅 0 Comments

United’s disastrous campaign has come to an end but even if they do business well this summer it might still take some years to challenge once more
It was perhaps poetic that Manchester United’s abysmal season should end at its very lowest point.

A 2-0 home defeat to already-relegated Cardiff City summed up just how bad things have got at Old Trafford, and simply underlined the monumental nature of the rebuilding task to come.

Ole Gunnar Solskjaer cut a dejected figure in the United technical area for much of the second half as the visiting fans delighted in taunting their former boss. But far from being “sacked in the morning”, the Norwegian will now be charged with overseeing the biggest overhaul seen at the club since Sir Alex Ferguson’s now-legendary revolution in the late 1980s and early 1990s. 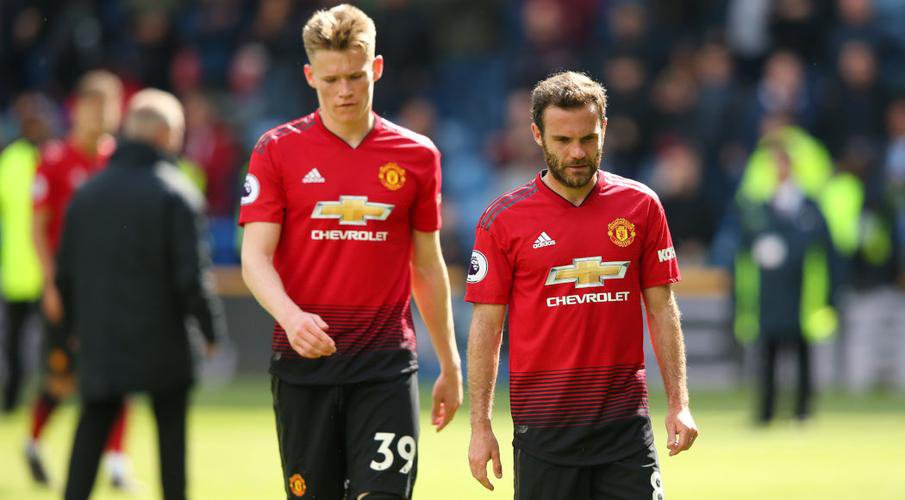 With the Europa League ahead – potentially as soon as July 25 – United know there will be no
Champions League glory next year, and success of any kind might be asking too much given the nature of the task ahead.
When speaking to the press ahead of this game, Solskjaer seemed almost relieved that the short-term concern of reaching the Champions League had been settled even if it not in a positive sense. Nobody is more aware than the manager that there is a huge rebuilding job to be done, and now that the season is over he can actually get on with effecting change.

By any measure, this campaign has been a bit of a disaster. They have finished in their second-lowest position since 1990, recording their worst defensive return in 40 years and finishing a full 32 points behind champions Manchester City – their biggest such gap since being promoted back to the top flight in 1975. They have also gone as long without a clean sheet as they have managed in 49 years and recently lost five consecutive away fixtures for the first time since the days of Dave Sexton in 1981. For a club like Manchester United, they are unbearable figures to comprehend.

From the moment Jose Mourinho arrived in Los Angeles in the summer and bemoaned the fact he had to work with a group of youngsters for a few weeks due to the number of first-teamers away after World Cup duty, it was clear that we were in for a rollercoaster 10 months.

Mourinho’s failures may well have been put into context by United making only slim progress following his removal but the toxicity he brought to the camp had to be dealt with, and in Solskjaer they have somebody who appears to relish the idea of putting foundations in place over an extended period in a way the Portuguese has never considered important.

But the truth is that the job ahead may be even bigger than the former striker realises right now. A squad built in the varying visions of Sir Alex Ferguson, David Moyes, Louis van Gaal and Jose Mourinho has brought about a fractured group of players who simply do not complement each other in any real sense. Four different managers, four separate ideals, and not one of them necessarily suited to what Solskjaer wants from them.

Whereas Solskjaer wants committed players full of energy and desire and with an intent to get at opponents, too many of his predecessors have sought more physical, considered players willing to play the percentages. The result is that it took all of two months for the Norwegian’s honeymoon period to come crashing to an end and the squad has seemed burnt out ever since.
This summer they have the chance to bottom out, but the concern now is that with no technical director yet in place the new vision of a ‘United Way’ is not yet complete. Solskjaer needs to know that the changes he is set to implement will not be compromised down the line, but a new football leadership may yet come in and want to make alterations.

Even beyond that, the situation will likely get much worse before it gets any better.
United need to offload a raft of players over the coming transfer windows, with too many overpaid egos at one end of the scale and a slew of average talents who have their feet too far under the table at the other. The problem right now is that if you try to get rid of all of them at once, it leaves very few bodies around which to build your squad for next season.

They have already lost Ander Herrera after taking too long to present him with a personal plan for the future, and they may end up having to say goodbye to the likes of David de Gea and Paul Pogba as players look to make the most of their peak years rather than fastening themselves in for a long-term project.

The compromise will be for United to rebuild in stages. Right now they should be planning for the next three, four, maybe even five transfer windows because it is unrealistic to expect this restoration to be completed in time for 2020-21, let alone next season.
A new, cohesive structure is needed behind the scenes and a more vibrant, hungry squad should be a prerequisite going forward. But it isn’t going to happen overnight. And the consequence will be that for the time being a number of those players the club would ideally be moving on right now will have to stick around in the medium term as a bridging tool.

“I think I’ve been quite honest that challenging for the title next year would be a miraculous season because we’re so far behind at the moment points-wise,” Solskjaer said on Friday. “So next season, yes, we’ve got to close that gap. If we manage to get to February, March being close, that’s fantastic. But if not, this summer will also be about players who can last here for many years.
“We expect them to be ready to go on July 1 when we start. We’re not going to use the first 10 days to build them up, they should be ready to go.

“It’s not a threat, but whoever’s not ready on July 1 will probably stay here and not travel with us [on tour] because we want and need players who we can use over there.”
In truth, whatever work is done over the next 12 weeks, anybody expecting Manchester United to even come close to winning a Premier League title next season needs a reality check. There will be no more quick-fixes, because that is exactly what has got the club into their current rut.
The new era United so desperately need could take some years to be assembled.