Skip to content
You are here:Edujandon.com » News » Politics » There Is No Peace For The wicked – Fani-Kayode Mocks Gov. Okorocha
Politics
May 10, 20191 year ago edujandon🏅 0 Comments

Okorocha had defected from the PDP to the All Progressive Grand Alliance (APGA), where he contested and won the 2011 governorship election. 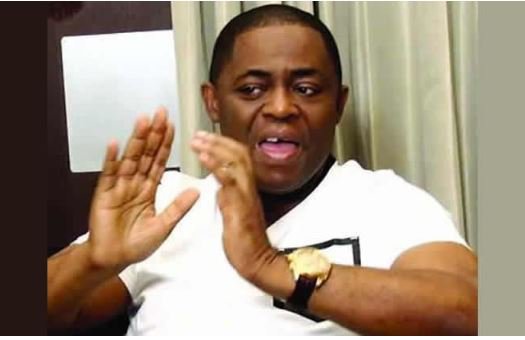 Okorocha, in an interactive session with journalists in Abuja on Wednesday, stated that the evil he feared in the Peoples Democratic Party (PDP) has befallen him 10 times over in the ruling All Progressives Congress (APC).

Recall that Okorocha had defected from the PDP to the All Progressives Grand Alliance (APGA), where he contested and won the 2011 governorship election.
From APGA, he moved into the political coalition that metamorphosed into the APC in 2014 and earned the status of founding member of the ruling party.

Okorocha has also been having problem with the leadership of the All Progressives Congress (APC), for his alleged anti-party activities during the governorship election.
Reacting, Fani-Kayode who is an ardent critic of Okorocha, said there is no peace for the wicked.

In a tweet on Friday, Fani-Kayode wrote: “ The evil I feared in the PDP has befallen me ten times in the APC” – Rochas Okorocha.
“The Bible says “there is no peace for the wicked.”

BREAKING: Police Officer Opens Fire On His Colleagues In Lagos, Kills Some Of Them

#JusticeForTina: Slimcase Appears In New Video, Apologizes For His Comments After Heavy Backlash