Controversial actress and comedienne, Etinosa Idemudia has revealed that Regina Daniels is pregnant for her millionaire lover, Ned Nwoko. 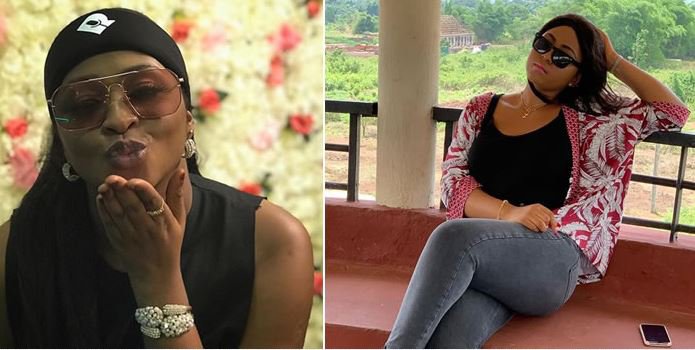 Etinosa took to her Instastory to reveal the big news, sayng she won her mother to the bet.
She wrote; “Regina is pregnant thank you Jesus. I have won the bet i made with my mother.”
Regina Daniels, 22 has been in the news for a while now, following the news of her marriage to Ned Nwoko, 58 as his 5th wife was confirmed and they started making public appearances.
Regina Daniels is pregnant is a news that was rumoured a few days ago where it was said that she is 4 months pregnant already. It is also said that she is also currently regarded as the favourite wife of the billionaire. 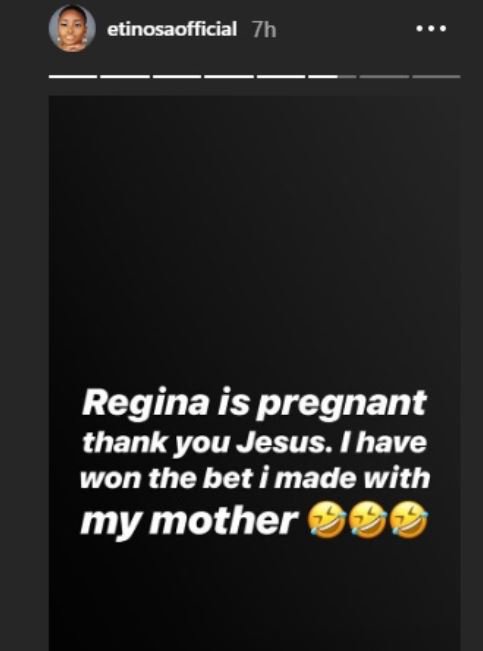 “Not only is she pregnant, but for now, Regina Daniels remains Ned Nwoko’s most favourite wife, with unlimited access to his most expensive cars, houses, as well as his private jet which she brandishes all about.
“None of Ned’s wives nor concubines are said to have access to his Rolls Royce (valued at over N100 million), his expensive Ferrari, his private jet as well as his latest delivery; a Mercedez Brabus with an Abuja number plate, YAB-486 BH except Regina”, a source allegedly revealed to e-nigerian.

The news is yet to be confirmed by the actress or her husband.