Skip to content
You are here:Edujandon.com » News » Politics » No Apologies For My Lagos Godfather Views – El-Rufai
Politics
May 14, 20191 year ago edujandon🏅 0 Comments

Governor of Kaduna state, says he owes no one any apology over his comments on how to end godfatherism in Lagos state.

The Kaduna State Governor, Mallam Nasir el-Rufai, said on Monday that he had no apologies for his views on how to retire godfathers from politics in Lagos State.
The governor stated that his views were his views and would not retract them or tender an apology because anyone felt offended by them. 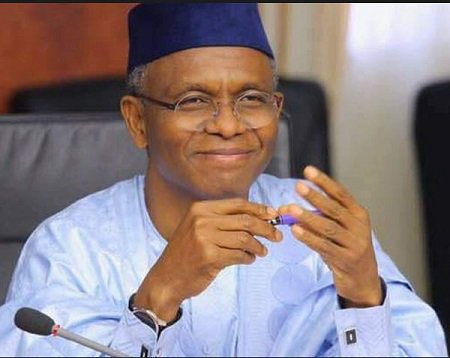 El-Rufai spoke with State House correspondents after he visited President Muhammadu Buhari to give him an update on the security situation in Kaduna State.
“If I was asked a question and I gave an answer, anyone that feels offended by the answer, it is his own business. I have no apologies, I don’t apologise for my views.
“I don’t have to explain anything to anyone. This is a democracy and in a democratic space, there must be room for people to express their views,” he said.

Recall that last week in Ikoyi, while speaking at an event in Lagos, the governor recounted how he retired godfathers from Kaduna politics.

He advised the people of Lagos State to apply his model to sack any godfather holding the state down.
It is widely believed that el-Rufai was referring to the National Leader of the All Progressives Congress, Asiwaju Bola Tinubu.
When asked a specific question on whether he had any issues with Tinubu or the party generally, he said,
“There is no dispute between me and anyone in the APC; the APC is one family; I don’t dispute with my own party.”

On his visit to the Villa, el-Rufai said he came to brief Buhari on the various security measures introduced by security agencies to confront criminalities in the state, especially kidanappings on the Abuja-Kaduna Highway.