Skip to content
You are here:Edujandon.com » News » Politics » Inauguration: Thank you for not taking advantage of power vacuum, Osinbajo tells Saraki
Politics
May 30, 20191 year ago edujandon🏅 0 Comments

Vice President Yemi Osinbajo on Wednesday jokingly thanked Senate President Bukola Saraki for not taking advantage of the vacuum in power before the presidential inauguration .

Osinbajo stated this at a dinner organised in honour of President Muhammadu Buhari and himself at the State House Banquet Hall .
Buhari and Osinbajo had earlier in the day been sworn in for a second term in office by the acting Chief Justice of Nigeria, Justice Tanko Muhammad . 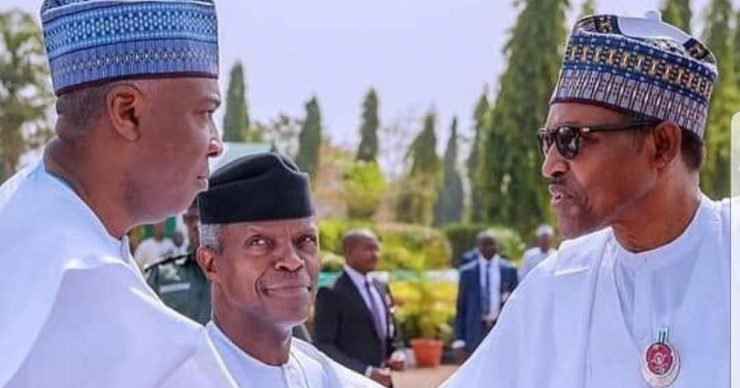 The president , who is billed to depart for Makkah , Saudi Arabia on May 30 for OIC summit , was represented at the dinner by Osinbajo .

“ Something interesting happened earlier today ; I am a lawyer and a law teacher and I like to test and interrogate legal scenarios, ” he said .

“ At one minute past midnight today , the four- year term of the President and I ended by effluxion of time .
“ So, from one minute past 12 of last night, May 29 to about 10 :30 a . m . when we were sworn in for a second term there was no President or Vice President .

The vice president said that the beauty of democracy was the orderly and civilised process of transition and more importantly , the sanctity of and respect for the will and choice of the people .
( NAN)