Lagos State Governor Akinwunmi Ambode has said he has grown wiser politically , having spent four years in office .
Ambode was at the Presidential Villa , Abuja, on Monday to pay what he called , “ thank you visit ” to President Muhammadu Buhari .
Buhari was in Lagos last month to inaugurate some projects initiated by the Ambode administration .

The governor lost his bid for a second term after he was beaten by Babajide Sanwo – Olu in the All Progressives Congress governorship primary election last year .
Sanwo – Olu progressed to win the March 9 governorship poll , leaving Ambode to become the first Lagos State governor to serve one term since 1999 .
APC National Leader Asiwaju Bola Tinubu and the Minister of Power, Works and Housing Babatunde Fashola served two terms each . 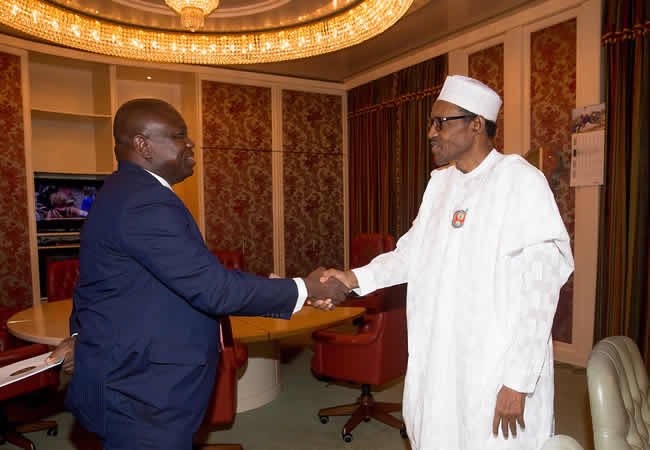 Responding to a question on the lessons he had learnt in office , Ambode said , “ You see, every politician learns every day .
“ The fact remains that I came in as a technocrat so I call myself a techno -politician , but I think I am wiser now .
“ I am more of a politician than a technocrat . ”
Meanwhile , the outgoing governor is scheduled to inaugurate projects started and completed by his administration on Tuesday.
They include the new Senate Building of Lagos State University .
The state Commissioner for Works and Infrastructure , Mr Ade Akinsanya , said this in a statement on Monday.

He said , “ It is pertinent to note that the Lagos State Government has procured seven ferries , five of which will be inaugurated and they are named after monumental events , notable towns and Lagos deities as a reminder of our historical values .
“ The names are Itesiwaju Eko , Ipakodo, Alausa , Adamu – Orisa , Ejinrin , Eko – Akete and Zangbeto.

“ Another project scheduled for opening is the new Senate Building of the Lagos State University in Ojo .
“ This project will change the landscape of the university and will remain another legacy project of this administration .