Ole Gunnar Solskjaer has suggested that not every Manchester United player cares about playing for the club after the 4-0 defeat to Everton on Sunday.

United’s top-four chances have been dented, after they were thrashed by Marco Silva’s side at Goodison Park. 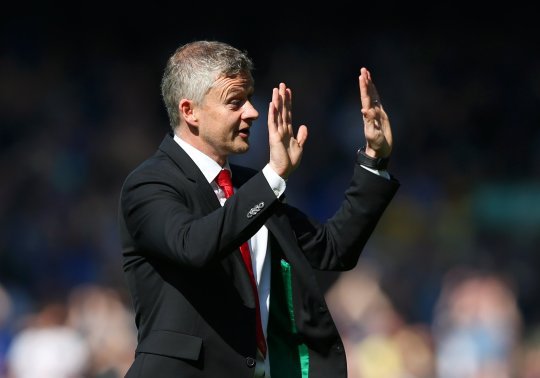 Solskjaer’s side were two down by half-time following goals from Richarlison and Gylfi Sigurdsson, while Lucas Digne and Theo Walcott completed Everton’s win in the second half.

When asked if he felt enough had been shown in the dressing room after the game to suggest United’s players care about playing for the club, Solskjaer told Sky Sports: “I don’t know, I don’t know.”

Asked if he thought United’s players care as much as him, Solskjaer said: “You’ve got to ask them. I’ve asked them.

“You’re not going to get the answer from me. Of course, if you want to play at this club it has to mean more.

“I want my team to be the hardest-working team in the league. That’s what we were under Sir Alex, that’s what we’ve always been, you’ve got Giggsy, Becks, Gary Neville, Denis Irwin, whatever the talent you’ve got you’ve ran more than anyone, every single week, put in a shift up and down that pitch for your teammates.

“We have to stick together as a team, we can’t change the whole squad, it’s one step as a time.