A popular footballer, Emmanuel Adebayor has spoken up about how he almost committed suicide because of the pressures he felt.

Former Arsenal and Manchester City striker, Emmanuel Adebayor, has revealed that he came close to taking his own life as a teenager. 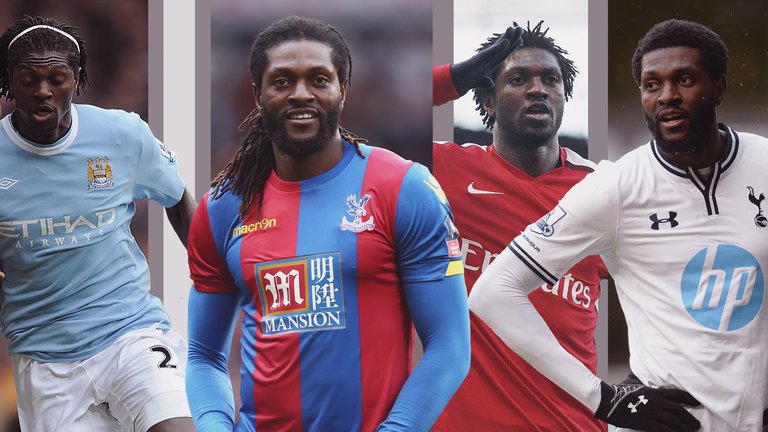 Adebayor, a former Tottenham and Crystal Palace star, said the pressure of trying to make it during his time at French side, Metz, saw him consider suicide at the age of 16.
Speaking to the Daily Mail, the 35-year-old said: “I was 16. All I wanted to do was help my family out but they put huge pressure on me. I could not cope with it.

“When a family is poor, everyone is poor and there is huge solidarity. People will take a bullet for you. But when one makes it, it is like you owe everyone.

“I remember sitting on my bed one night and thinking ‘What am I doing here? Nobody’s happy with me, so what is the point of living?’

“There was a pharmacy below my apartment, I bought packet after packet of tablets.

“They did not want to sell it to me but I said it was for a charity in Togo. I made the preparations, I drank all the water. I was ready to go.

“Then I called my best friend at midnight. He told me not to rush, that I have things to live for.

“‘You have the potential to change Africa. I thought ‘You are a dream-seller and I am not buying any dreams right now.’
“But he took me out of the moment. I thought God must be keeping me for something.”