Skip to content
You are here:Edujandon.com » News » Sports » Allegri Reacts To The Defeat Of Juventus By Ajax
Sports
April 17, 20191 year ago edujandon🏅 0 Comments

The Serie A leaders were knocked out of the Champions League on Tuesday night but their manager believes they’ve still had a “good” season.

Massimiliano Allegri has pointed out the trophies he’s won in charge of Juventus as he defended his record following the Champions League exit at the hands of Ajax.
Juve were dumped out at the quarter-final stage by the Eredivisie side despite going into the second leg in a commanding position. 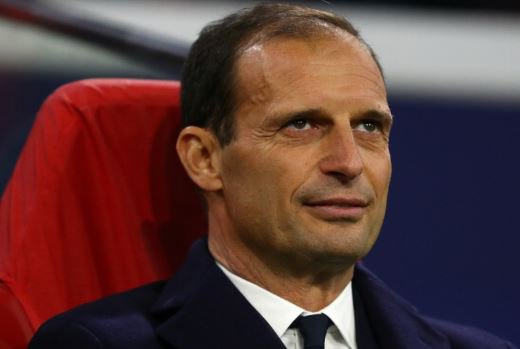 Having secured a 1-1 draw from the first leg in Amsterdam, Allegri’s side appeared to be in control of the tie as Cristiano Ronaldo put them 1-0 ahead on Tuesday night.
But goals from Donny van de Beek and Matthijs de Ligt ensured Ajax would pull off an impressive comeback and book their place in the semi-finals of the competition.
Allegri was not too despondent at full-time, however, insisting that it has been a “good” season with Juve closing in on the Serie A title and having already won the Supercoppa Italiana against AC Milan.

The 51-year-old also reeled off his list of achievements with Juve since taking the job in 2014, including two Champions League final appearances and four Serie A titles in a row, which will become five on Saturday should they earn at least a draw against Fiorentina.

Confirming that he has no plans to leave after the loss to Ajax, Allegri told reporters: “If I were not motivated, I would have already told the president that I’m leaving next year. It’s not like that, like it was not like that in the previous years.

“Also because I think in the last five years we did a good job – many players improved, we have many young players in the team, and in any case to win the league is not easy, to play two Champions League finals is not easy, to win four Italian Cups is not easy, to win two [Italian] Super Cups out of three is not easy.
“This year we won two competitions out of four, which is good, it’s 50%. Now we have to reset everything and concentrate on Saturday to bring the Scudetto home.”
Juve had the chance to win the Serie A title in their last league match although they were beaten 2-1 by 13th-placed SPAL despite Moise Kean scoring the opener.

Despite that loss, just their second of the campaign in the league – and with both having been suffered without Ronaldo in the squad – Juve are still 17 points clear of second-placed Napoli and will win the title on Saturday with a draw or better against la Viola.

Should they lose for the third game in a row they will also be crowned champions if Napoli fail to secure maximum points against Atalanta on Monday.