Following the successful national peace committee meeting, details of what was discussed have been revealed.
Atiku Abubakar, Presidential Candidate of Peoples Democratic Party (PDP), has called for unconditional release of party members illegally arrested and detained for political reasons in the just-concluded presidential election. 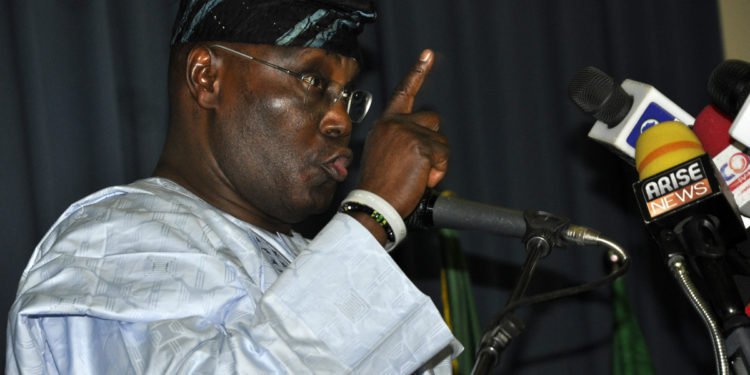 on Thursday night when he and PDP leaders met with the National Peace Committee, in a statement issued by his Media Adviser, Mr. Paul Ibe, on Friday in Abuja,

He also called for the non- deployment of the military in compliance with constitutional provisions and the subsisting judgment of the court.

Abubakar and his team claimed that the Feb. 23 presidential election was the worst in the history of the country since the return to democracy in 1999.

The former vice president, who described the election as sham said it was marked by militarisation, vote suppression, intimidation in collaboration with security agencies, INEC and the ruling party to subvert the will of Nigerians.

He said that the issue of his party’s recourse to legitimate actions to reclaim the “stolen’’ mandate was not discussed at the meeting.

Atiku restated that as a democrat, he would follow laid down constitutional and democratic procedures to challenge the “electoral malfeasance”.

He urged Nigerians to come out en masse and vote during the March 9, Gubernatorial and State House of Assembly elections for PDP candidates and called on the electorate to stay and defend their votes up to the collation point.

The National Peace Committee was represented at the meeting which took place in Atiku’s residence in Abuja by former military Head of State, Gen. Abdulasalami Abubakar, the Chairman of the committee, John Cardinal Onaiyekan and Bishop Matthew Hassan Kukah.