Ajax manager, Erik ten Hag, had admitted that they probably wouldn’t have stood a chance against Real Madrid in Spain, if their captain Sergio Ramos did not get himself suspended.

According to Ten Hag, they took “maximum advantage” of Ramos’ absence, in their 4-1 win over Real on Tuesday night. 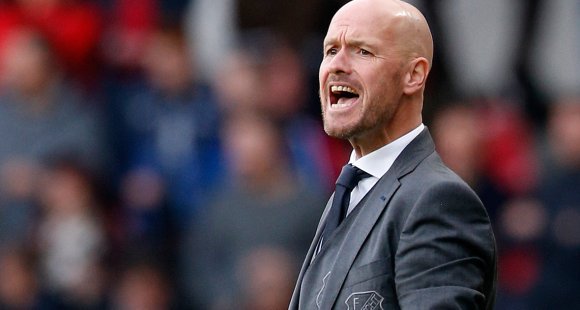 Ramos was suspended after picking up a booking in the first leg against Ajax and will be banned for one more European game, after he suggested he received the caution on purpose.

The Blancos captain watched on from a box as Solari’s side capitulated and his replacement at centre-back, Nacho, was sent off in the closing stages.
Ajax raced into a three-goal lead, thanks to strikes from Hakim Ziyech, David Neres and Dusan Tadic.
Marco Asensio pulled one back for Madrid, before Lasse Schoene whipped in a stunning free-kick.
“We took maximum advantage of Ramos’ absence,” Ten Hag told reporters afterwards at the Bernabeu.