Tambuwal made the call in a special broadcast on Monday in Sokoto, stating that Section 179(2) of the Constitution and INEC guidelines were explicit on governorship elections. 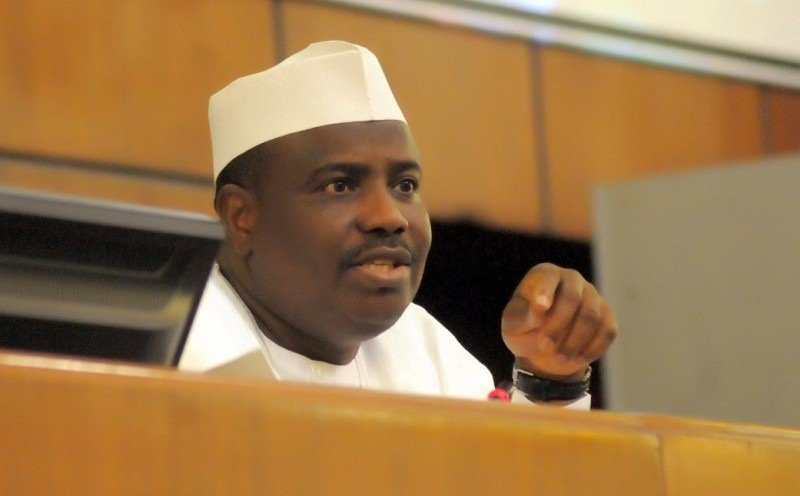 The News Agency of Nigeria (NAN) recalls that INEC on Sunday declared the March 9 governorship election in Sokoto state inconclusive.

The State Returning Officer said the decision was because the 75,403 cancelled votes in 136 polling units was higher than the 3, 413 margin difference between Tambuwal’s score and that of the APC candidate.
Prof. Fatima Muktar, Vice Chancellor, Federal University Dutse (FUD), Jigawa, had declared that Tambuwal polled 489, 558 votes while his closest rival, Alhaji Ahmad Aliyu of the APC scored 486, 145 votes.
But Tambuwal said that at present, INEC had not communicated the reasons for cancellation of votes in the 136 polling units.

According to the governor, the question of margin difference is alien to the Nigerian constitution as the law requires majority of votes and 25 per cent of votes cast in two-third majority of states of the federation.
“This technical reason of margin differences has not been applied in Osun and Ekiti elections,” Tambuwal said.
He said he obtained a higher number of votes at the concluded election and averred to test the margin principle legally when the “needful had not been done.”

“We are ready to participate in the proposed re-run election and also challenge the decision at the court if the needful is not done.
“We expect INEC to come out boldly and do the needful by declaring the winner.
“I believe that we won the election. INEC and its officials have names to protect by doing the right thing at the right time,” the governor added.

Tambuwal however commended security agencies and other participating organs at the election for their commitment that ensured successful and peaceful conduct of the election.
He also commended PDP supporters in Sokoto state for coming out en mass to vote for him and urged them to repeat same when the re-run comes up.