Two women living with R. Kelly are defending the R&B superstar charged with sexual abuse , saying in an interview aired Thursday that their relationships with him are consensual .Azriel Clary , 21 , and Joycelyn Savage, 23 , told US network CBS that they “ absolutely ” are in love with Kelly , brushing off allegations that the 52 – year – old artist brainwashes women he keeps in homes that operate as de facto sex cults .

“ We live with him , and we ’ re in a relationship with him , ” Clary said of Kelly , who returned to jail Wednesday for failing to pay child support .

Questioned on the nature of their sex lives with Kelly , Clary said , “ I would never share with no one what I do in or outside of the bedroom . ” 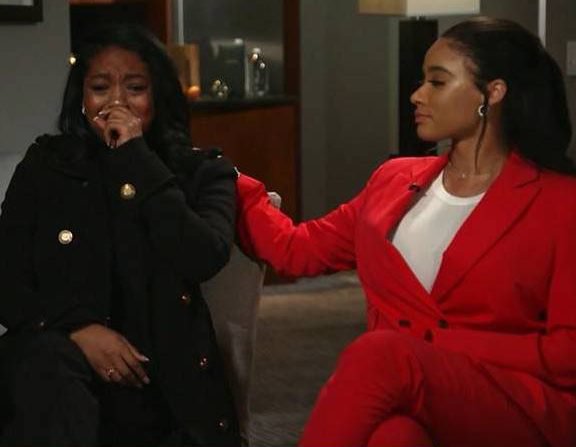 “ There are people all over the world who have multiple girlfriends , ” she said . “ It ’ s no different . ”

Last month Kelly — dogged for decades by allegations including child pornography , sexual abuse and false imprisonment — pleaded not guilty to 10 counts of aggravated criminal sex abuse against four victims , three of them minors . That case is not linked to women he currently lives with .

In 2017 a BuzzFeed report alleged the musician had kept women as virtual sex slaves at his Chicago and Atlanta homes .

But Clary ’ s parents released a statement shortly after the interview aired saying their daughter “ is presently suffering from years of mental abuse and manipulation by R. Kelly . ”

“ R. Kelly is a desperate liar and serial abuser of young girls who should die in prison , ” said the statement tweeted by lawyer Michael Avenatti, who represents at least two of Kelly ’ s alleged victims .

“ All of the victims and parents cannot be lying . ”

CBS released the interview with the two women after airing an emotional sit – down with Kelly himself , his first public comments since the indictment against him .

“ Whether they ’ re old rumours , new rumours, future rumours, not true . ”

Kelly — the star behind hits like “ I Believe I Can Fly ” — remains in custody in Chicago after failing to pay $ 161 , 000 in child support payments he owes to his former spouse and three children .

COVID-19: Pastor Chris Okotie fires back at CAN over social distancing in churches

Tanker Truck Drives Into Protesters, Banks Burned To The Ground In US (Photos)