The Vice President , Yemi Osinbajo , has cast his vote at his polling unit in Victoria Garden City, Lekki .
Osinbajo , who voted around 10 : 55 a . m . , drew laughter from journalists and other voters when he asked while he was at the polling booth , “ Guess who I am voting for ?”

While fielding questions from journalists after casting his vote, he said , “ It ( conduct of the elections ) has been quite in order , I can ’ t comment on the turnout . 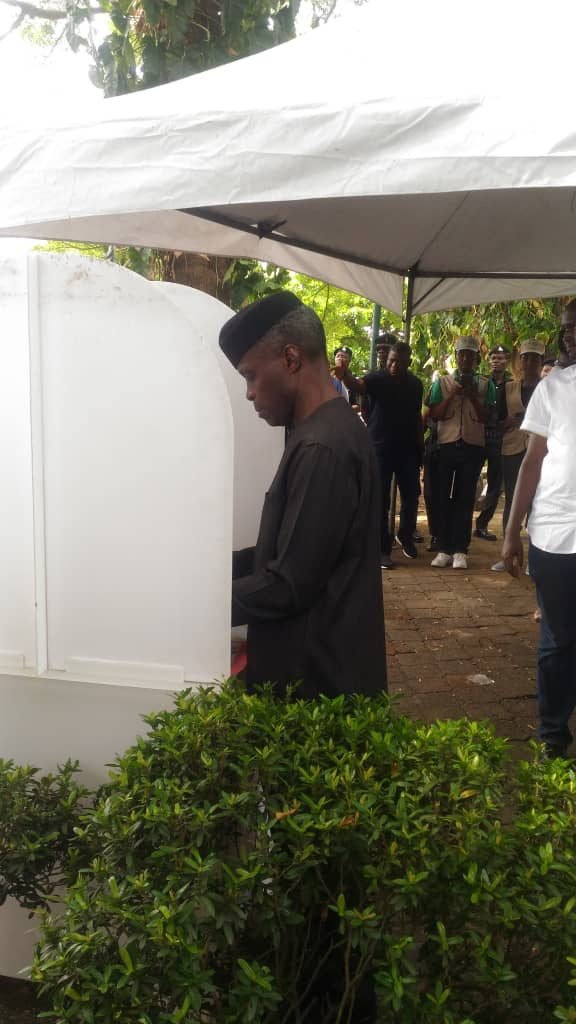 “ One thing I would like is for all of us to work together towards building the country, ” he said .

Asked what he would like to have as a birthday gift from Nigerians, Osinbajo said , “ The greatest gift to me will be for all of us to come together across tribes and religions . ”

The Vice President turned 62 on Friday .