The Chief of Army Staff (COAS), Lieutenant General Tukur Buratai, has said they have uncovered plots by some politicians seeking to disrupt the March 9 elections with violence, including bombing some areas.
Buratai made the revelation on Wednesday, during a meeting with Principal Staff Officers (PSOs), General Officers Commanding (GOC), Operational Commanders and Directors of the military at the Army Headquarters in Abuja. 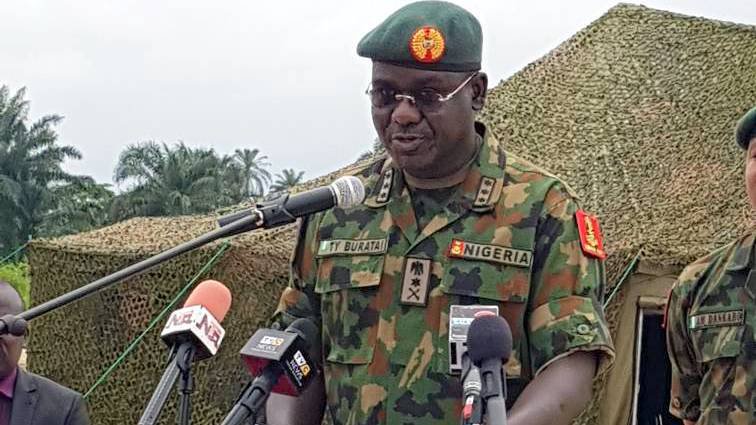 Buhari may lose another aide, Gambari will be framed up – Primate Ayodele releases prophecy