Barely twenty four hours to the gubernatorial and state assembly elections across the country, the founder of Gideon and Funmi Para-Mallam Peace Foundation, Reverend Gideon Para-Mallam, has called on the people of Kaduna State to politically detoxify the state by ensuring they vote out Mallam Nasir El-Rufai for the state to move forward.

He urged the citizens of the state to look beyond Governor El-Rufai with his Muslim – Muslim ticket and vote for the “unity” of the once “peaceful and accommodating” beautiful liberal State. 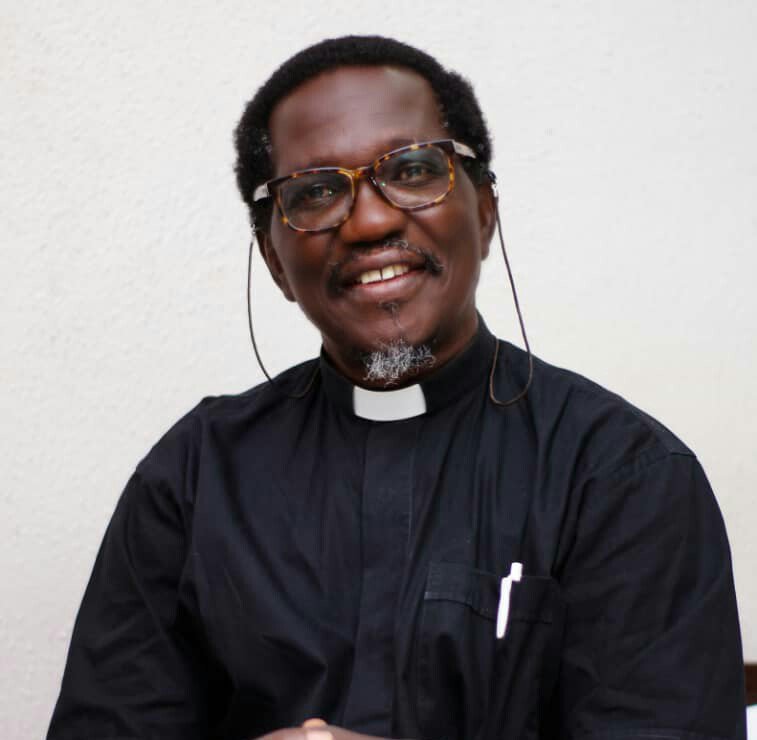 Para-Mallam in an exclusive interview with DAILYPOST in Jos, the Plateau State capital said, “The idea of a Muslim-Muslim ticket in a State which is multi-cultural, multi-ethnic and multi-religious as Kaduna by the present State Governor, Mallam Nasir El-Rufai, for whatever reason; is politically wrong and unacceptable either in this 2019 election or the future.

According to him, “That Governor El-Rufai believes he is always ‘right’ does not make it right. It’s insensitive and manipulative. I wish to invite us to take a deep introspective look at Kaduna State today. The State has never been more divided and polarized both politically and religiously in the history of the State.
“When people voted change in 2015, was this the outcome they were expecting? He asked.
“One constantly keeps hearing blames being heaped on the elites or religious leaders by the government of the day in Kaduna. This is not only political spin but it appears frankly to me more as a convenient escape route. I had said it before and will say it again now, Christians in Kaduna State are not against Muslims and vice versa. Some opportunistic politicians are exploiting our differences for their unhealthy political gains”, he explained.

“The good people of the State should unite and say no to such manipulations”, he advised.
Para-Mallam, who is also the convener of the Citizens Monitoring Group (CMG), which works with Muslims and Christians in Nigeria, said “Any Muslim Imam or Leader as well Christian Clergy and Leader who encourages voting along religious and ethnic lines are feeding into El- Rufai’s unholy narrative of the politics of self-destruction; which is not good for our communal relations.
“To insinuate as I hear some claim that votes from Muslims alone can produce a Governor in Kaduna State thereby making votes from Christians irrelevant is unfortunate and condemnable.

“I will like therefore to ask; assuming if this is to be the case, are we happy to encourage what I refer to as the ‘politics of the tyranny of the majority’ in a democratic context?
“I will never encourage such reprehensible thinking either from a Muslim politician or a Christian politician.
The Clergy further explained that, “Those who wallow in it have no moral right to seek such high political office in this State and the nation at large.

“El- Rufai as Governor will come and ago but the good and peace loving people of Kaduna State will remain. Let’s look for better ways to live and work together as one big family.
“I urge all to look beyond Governor El-Rufai with his Muslim – Muslim ticket and vote for the unity of this once peaceful and accommodating beautiful liberal State.
“El-Rufai’s Deputy Governorship aspirant in question is a Muslim Southern Kaduna daughter. Are the people against her as a person? No! Are the generality of Southern Kaduna people happy with her choice? No! How did we get here? Toxic politics!

He further stated that, “The political atmosphere in Kaduna State has become so toxic since 2015 and the idea of a Muslim – Muslim ticket is the manifestation of such toxicity. This is not something to celebrate. I doubt if she would have been El-Rufai’s choice but for the toxic political environment in Kaduna State today.
“There is need for political detoxification in this State, going forward. So, the unhappiness by people isn’t because she is a woman and a Muslim. Rather, the idea of a Muslim – Muslim ticket in such a pluralistic context is not a choice which seeks to build the bridge of healing and peaceful coexistence – but a choice which seeks to further erect concrete high political walls of division and partition.
“The wholesome disregard of the significant Christian population in their millions by any politician and thinker in Kaduna State, needs a mindset reset”, he maintained.

“However, the deep concerns and fears voters have expressed, hovers over the misuse of the power of incumbency through intimidation, votes inflation and allocation or in some extreme cases votes deduction as alleged. This also makes a strong case for all voters to guard against such intimidations with vigilance come March 9th.
“I wish to also urge all voters to shake off the weight of voter apathy and come out even more than they did on February 23rd; and vote on March 9th 2019.
“Promoting peace and unity should be uppermost on the minds of our voters. This is what I will strongly urge all the voters in both Southern and Northern Kaduna to do.