DAILY POST reported that President Muhammadu Buhari of the All Progressives Congress, APC, was on Wednesday declared winner of the presidential election, over his closest challenger, and the Peoples Democratic Party, PDP candidate, Atiku Abubakar. 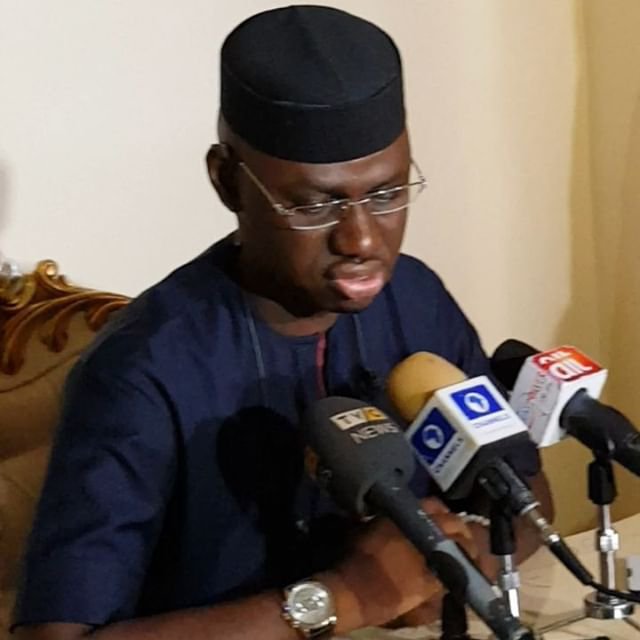 Frank also said that the decision of the PDP candidate to proceed to the tribunal for redress of his alleged stolen mandate was within his rights and as such, any talk of a supplementary election may be dead on arrival.

He said the Chairman of the Independent National Electoral Commission, INEC, Mahmood Yakubu must accept culpability and responsibilities for his actions and inactions when the time of reckoning beckons.
In a statement to DAILY POST on Saturday, Frank added, “The INEC chairman disregarded all calls from stakeholders to be liberal in his judgement by halting the announcement of a winner given to the gravity of intimidation and widespread military takeover of its states collation centres, but instead proceeded with proclaiming a winner without recourse to fairness and equity.
“Having announced a winner therefore, it will be right to assume that INEC has complied with the electoral act and may not necessarily need any supplementary elections as that action may be fruitless ab initio.

“It is rather unfortunate that the international elections observers and monitors who had a mandate in reporting irregularities and other electoral malpractices as in the norm worldwide, were instead cowed and coerced into adjudging the elections as free, fair and credible at a time when local observers had dismissed the credibility of the elections owing to widespread intimidation/manipulations and military brutality in opposition strongholds leading to the death of innocent Nigerians.
“In summary Nigerians across board have come to the conclusions, that this was the worst elections ever in the history of their return to democracy.
“Finally I would like to commend the PDP Presidential Candidate, Alhaji Atiku Abubakar on his resolve to reclaiming his mandate at the tribunal, as only the will of God will prevail in the affairs of men.

“Alhaji Atiku Abubakar is the wish of the people and that wish will stand in due course.
“The cabal and its collaborators will realize that nothing can stop destiny when it’s TIME has come.”