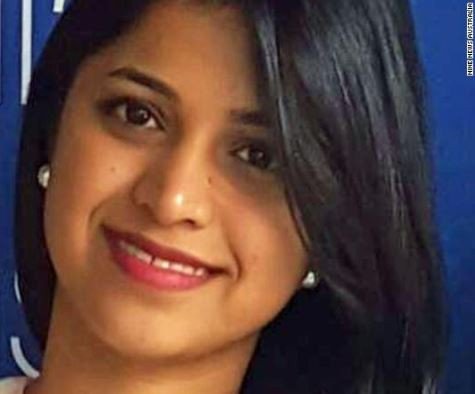 Preethi Reddy, 32, had been reported missing by her family on Sunday after she did not come home from a dental convention in St Leonards, a suburb of Sydney. She was captured on CCTV inside McDonald’s at the Strand Arcade in central Sydney about 2.15am on Sunday and appeared to leave alone.

On Tuesday, police located her car parked on a street in Kingsford, south of the city center. A search of the vehicle located Reedy’s body in a suitcase. She had been stabbed “numerous times. Further inquiries have established that Preethi stayed at a hotel on Market Street, Sydney CBD, on Sunday with a man known to her,” police said in a statement.

That man, who has not been identified, was killed in a car crash on a highway late Monday night. Police said they believed the collision was a “deliberate act.”

Glenbrook Dental Surgery, where Reddy had worked and which had been appealing for information about her disappearance, said staff were “in mourning” after news of her death. Numerous patients of Reddy’s posted messages of condolences for her family on the surgery’s Facebook page.

COVID-19: Pastor Chris Okotie fires back at CAN over social distancing in churches

Tanker Truck Drives Into Protesters, Banks Burned To The Ground In US (Photos)