Gbemisola, sister to the President of the Senate, Bukola Saraki, belongs to the APC while her brother is a member of the Peoples Democratic Party.
A former federal lawmaker, Gbemisola Saraki, has said she would work hard to ensure that the All Progressives Congress produces the next governor of her home state, Kwara. 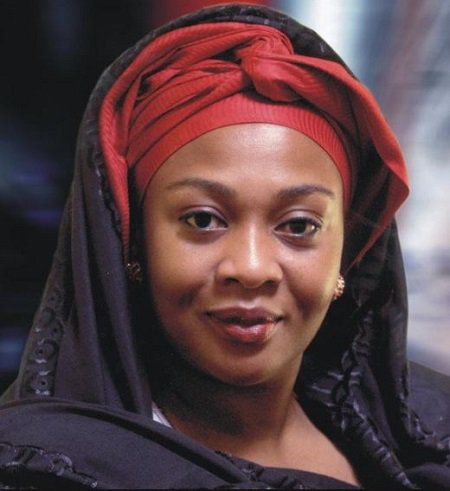 She said she would ensure that the governorship candidate of the APC in the state, AbdulRahman AbdulRasaq, emerged the winner of Saturday’s election.

Gbemisola, sister to the President of the Senate, Bukola Saraki, belongs to the APC while her brother is a member of the Peoples Democratic Party.

The current governor of the state, Abdulfatah Ahmed, belongs to the PDP.

Gbemisola made her position known in a statement on Saturday.

She said, “We can’t stop until progressives lead all states to the next level of our collective prosperity.

“So for each and every one of us, we must not relent, we have the elections of next Saturday, March 9 to go.

“In my state, Kwara, we are all out to ensure that AbdulRahman AbdulRasaq of our party, the APC, emerges the next governor of Kwara State, Insha Allah.”

On President Muhammadu Buhari’s re-election for another four years, the former senator said every nation needed a true leader whose patriotism is unassailable and whose honesty in leadership and integrity of character are transparently beyond reproach.

She said Nigerians found those true leadership qualities in Buhari in 2015.

She expressed delight at the fact that the trust was reaffirmed during the last presidential election.

She thanked Nigerians for seeing Buhari, among other presidential candidates, as a true leader and only one worthy to pilot the nation for another four years.

“As Nigerians, we may indeed share different political leanings but we are united in our love for the greatness of our nation, Nigeria.

“To us in the APC and to our supporters, we find in President Buhari and Prof Osinbajo true leaders that have been and are still working selflessly and assiduously to enthrone a nation, where the greatness of our people and our nation remains our primary goal.

“It is my solemn belief that the wind of true change that re-elected President Buhari and Prof Osinbajo would blow across our land in our drive to elect governors and leaders that would epitomise our collective pride and aspiration of responsible, selfless and diligent leaders thus raising the bar of our development in Nigeria.”