The Peoples Democratic Party, PDP, National Chairman, Prince Uche Secondus, has expressed dissatisfaction with INEC over the late arrival of election materials in the riverine areas.Secondus, who cast his vote at 4:25 p.m. in Ward 5, Unit 19 in Ikuru Town, Andoni LGA, told newsmen that INEC’s delay was a deliberate attempt to ruin elections in the riverine area.

He said that he got information that even in Bonny, materials were also delivered about the same time, 4 p.m. 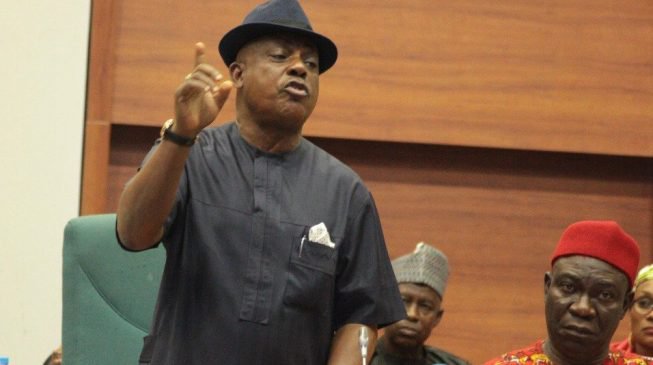 Secondus also urged INEC to ensure that all eligible voters with PVCs were allowed to vote whether or not their cards were authenticated by the card reader.

He said that even in the past, riverside communities had not experienced such delay in material delivery.

The News Agency of Nigeria (NAN) reports that as at 6 20 p.m. voting was still ongoing in the unit