Shout of O to gee (Enough is Enough), the electioneering slogan of All Progressives Congress(APC) Sunday filled the air in Ilorin, the Kwara state capital as the Independent National Electoral Commission ( INEC) declared the All Progressives Congress candidate, Dr Ibrahim Oloriegbe winner of the Kwara central senatorial district elections.It was wild jubilation as supporters of APC took to the streets of Ilorin to celebrate, chanting O to ge e slogan. 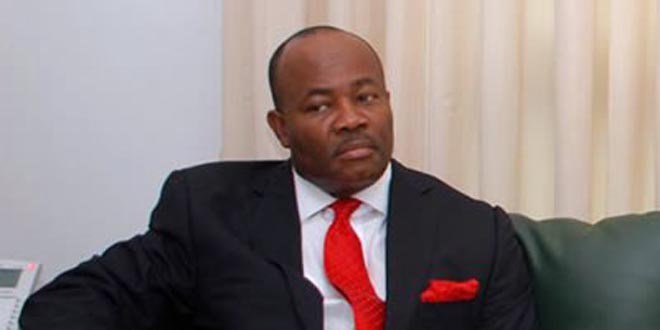 And as with Saraki, so it was with another PDP lawmaker and Minority Leader of the Senate, Biodun Olunjimi, who was floored in Ekiti state by Dayo Adeyeye, who defected to the APC sometime last year.

Although full results were yet to be declared as at the time of this report, there were strong indications that from the majority votes so far declared, Senator Godswill Akapbio from Akwa Ibom state and Senator Shehu Sani (Kaduan state) may be on their way out of the Red Chamber.

However, same could not be said of Kogi lawmaker, Senator Dino Melaiye and Speaker, House of Representatives, Yakubu Dogara, who were coasting to victory as at the time of this report.

Senate President Saraki lost is return bid to Oloriegbe, who won with a wide margin in all the four local governments of the senatorial district namely; Asa, Ilorin-East, Ilorin-South and Ilorin West.

The collation officer for the local government, Professor Emmanuel Sanya, who is also the head of medicine, University of Ilorin, said 73,425 were registered voters, while accredited voters and total votes cast stood at 29,023 and 28,815 respectively.

The collation officer of the local government area, Professor Muftau Adeniyi Ijaiya, read the result at the state INEC office where the announcement was made.

Also in Ilorin- South local government area, the APC candidate scored 26,331 as against his PDP opponent who polled 13,013.

The collation officer, a professor of Mathematics, Rauf Kamil, put the total votes cast in the area at 41,921.

The result from Ilorin West, which is the local government area where the two candidates hail from was the last to be announced, with Oloriegbe polling 51,531 votes as against Saraki’s 30, 075 votes.

Similarly, the APC won in 12 out of the 16 local governments declared as at the time of filing in this result in the presidential elections.

Also, Senate Minority Leader Olujimi lost her return bid to the Senate to Adeyeye, a former minister in the immediate past administration.

Adeyeye emerged victorious at the end of the count of votes for Ekiti south senatorial district.

Adeyeye defected to the APC shortly before the 2018 governorship election, after the controversial PDP governorship primaries.

In the same vein, incumbent senator, Fasina Abayomi of the PDP was also defeated by an APC chieftain, Olubunmi Adetunbi.

Opeyemi Bamidele of the APC and a former member House of Representatives was declared winner of the Ekiti central senatorial district, defeating the PDP counterpart, Obademi Adewale.

The presiding officer also declared Adaramodu of the APC winner of the Ekiti South federal constituency having polled 41, 864 to beat Segun Adekola of the PDP who had 25, 707.

Meanwhile, Senator Melaye of the PDP won in four of the seven local government areas so far released by INEC.

It was however gathered that results of the other three local governments were still being withheld by the commission, even as there was tension over alleged plan to manipulate the figure.

This, however, could not be confirmed as at the time of this report.

There was tension in Akwa Ibom APC Sunday as result released from nine local government areas by INEC in Senator Akpabio’s senatorial district did not favour the incumbent lawmaker.

The only result been awaited as at the time of this report was from the lawmaker’s local government areas office of INEC in Usen Udom .

The results also showed Ekpenyong as leading in OrukAnam and Ukanafun.

Blueprint investigation revealed that the result announced by the EOsI and transmitted to INEC headquarters in Uyo sent bad signal to the APC, causing tension over possible defeat of the lawmaker who dumped the PDP last year.

It was gathered that the lawmaker was making some frantic efforts to save his political career.

And for Speaker Dogara, it was victory song in the Tafawa Balewa/Bogoro Federal Constituency election in Bauchi state.

At the end of the poll, Dogara, the PDP candidate scored 73,609 votes to defeat the APC candidate, Dalhatu Kantana, who scored 50,078 results, and will be returning to the Green Chamber for another four years.

He was declared late Sunday night.