Skip to content
You are here:Edujandon.com » News » Sports » Ronaldo’s Red Card Due To Hallucination
Sports
September 21, 20182 years ago edujandon🏅

The former Bianconeri boss has called on UEFA to implement technology into the Champions League following a hugely controversial sending off.
Cristiano Ronaldo’s dismissal for Juventus against Valencia was “absurd”, says Marcello Lippi, with the Portuguese falling victim to “a hallucination” from the match officials. 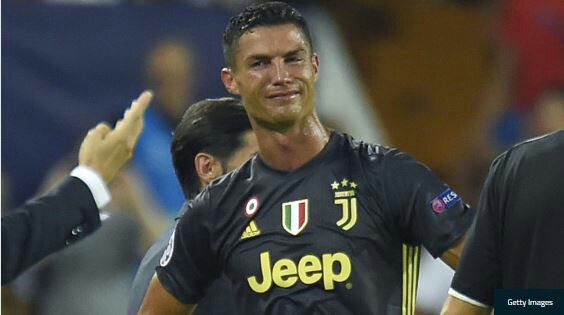 The Portuguese, who has making his Champions League debut for the Bianconeri, was sent off 29 minutes into a European encounter at the Mestalla.

Referee Felix Brych, following consultation with a fellow official behind the goal, brandished a red card after Ronaldo was deemed to have pulled the hair of Jeison Murillo.

That decision was met with bemusement and frustration at the time – along with tears from a five-time Ballon d’Or winner – and those feelings have lingered long after the final whistle in Spain.

Former Juve boss Lippi is among those now calling for action, telling Tuttosport of a bizarre incident involving one of the finest players on the planet: “The red for Ronaldo was because a person had a hallucination.

“You can’t risk compromising a game and, above all, a competition with a moment like that, which could result in a two-match ban.

“Now UEFA should come out and say, ‘gentlemen, we were wrong.’ You can’t go back on it because Ronaldo has already been sent off and the game is over, but a ban would be absurd.

“Therefore, there shouldn’t be one and we immediately implement VAR in the Champions League.

“Juventus are prepared for everything and any eventuality. They’re the favourites for the Champions League, together with Real Madrid, Barcelona, ​​Bayern Munich, Manchester City and PSG.

“Let’s say that compared to the last few years, Juve are in that group of clubs. Could Ronaldo have completely avoided Murillo? We’re talking about a champion who, before the other night, had never been sent off, and Cristiano had played 154 matches in the Champions League.

“He did nothing wrong against Valencia. The world rightly considers Ronaldo a star, but first of all he’s a lad who is always respectful and very helpful. His tears at Mestalla confirmed that.”

The Ronaldo controversy has come on the back of a Serie A outing in which he opened his goal account for Juve.

A match-winning brace against Sassuolo dominated the headlines, but Douglas Costa also caused a storm after he was sent off for spitting at Federico Di Francesco.

Lippi added on that incident, which has seen the Brazil international stung with a four-match ban : “It was wrong, at certain levels we must know how to contain ourselves.

“The case is closed, he’s been punished and now he must keep quiet. I see no connection with that and Ronaldo’s red.

“One was guilty of a gesture that wasn’t justifiable, while the other did nothing wrong.”