Meek Mill was sentenced to two to four years in prison Monday after violating his probation, according to CBS 3. 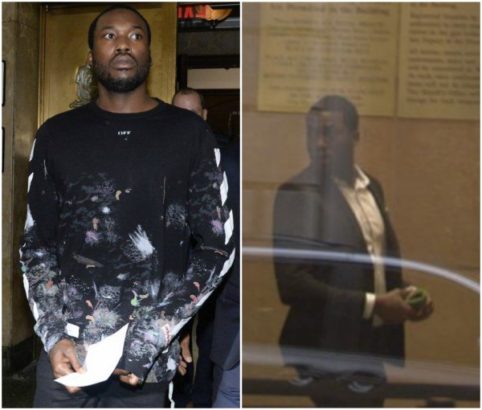 The 30-year-old rapper, who was already under probation for a drug and weapons case, was arrested twice this year.

In March, he was arrested in St. Louis and charged with misdemeanor assault for an altercation with two airport employees.

In August, the rapper, whose real name is Robert Rihmeek William, was charged with reckless endangerment for illegally riding his dirt bike in Inwood. He took a plea deal and the case will be dismissed after six months of good behavior and 30 hours of community service.

Mill was originally arrested in 2008 and convicted of drug dealing and gun possession. He spent eight months in prison.

In a statement, JAY-Z, who runs Roc Nation, the management company that Mill is signed with, called the sentence “unjust and heavy handed.”

“We will always stand by and support Meek Mill, both as he attempts to right this wrongful sentence and then in returning to his musical career.”