Skip to content
You are here:Edujandon.com » News » Politics » This Is What Professor Jerry Gana Had To Say On The Dissolution Of Nigeria
Politics
July 4, 20173 years ago Dee Babs 0 Comments Politics 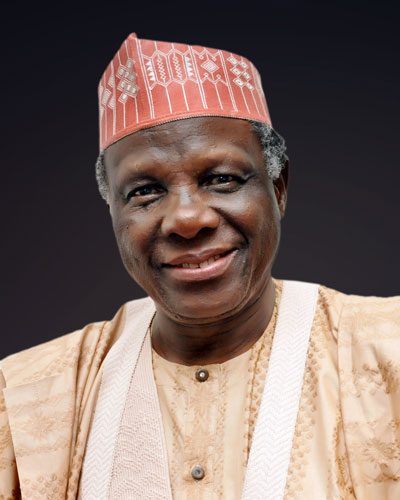 The President of the Middle Belt Forum and former Minister of Information Jerry Gana has said that if the North allows Nigeria to break up, the region will not go with them.

According to Punch, he spoke at the St. Matthew’s Church, Maitama, Diocese of Abuja (Anglican Communion), in Abuja on Sunday.

Gana said that the “Middle-Belters” love Nigeria, which changed to a federal system so the minorities could have a place, and will remain with the Federal Republic of Nigeria if the country does break up.

“We love Nigeria and it was changed to a federal system because of the minorities so that we can have a place. So, we love Nigeria but in the unlikely event that people want to go their way, the Arewa in the Sahel will go. But we will remain here in the Federal Republic of Nigeria,” he said.

He also criticized the spokesperson for the Northern Elders Forum Ango Abdullahi for supporting the calls by the coalition of Northern youth groups for Igbos to leave the region.

“One of them, who also spoke is a former vice-chancellor. I thank God he didn’t sign my certificate. My own was signed by Professor Ishaya Audu. How can a man of that stature, of that status, of that level of leadership, says he supports the youths in Kaduna to give to other legitimate citizens, an order to go? Who are you? Who says that?

“In this country, there are no second-class citizens. We are all first class. We are all sons and daughters of this land and that was why I decided to call a conference of all the minorities from 14 states and we had to state in clear words that the quit notice was totally unconstitutional. This is our home,” he said.

The former Minister added that true federalism was the way to mend the warring factions, saying federalism is what works when there is a diversity of ethnicity and religion.

“In democracy, dialogue is the language, consultation is the way. Two cannot work together unless they agree. So, there needs to be dialogue and mutual respect. Anywhere you have diversity of ethnicity or religion in the world, the type of system that works is federalism. And that is the way. And each one must build his federal system the way it suits him. It cannot be imposed; it cannot be engineered in favour of one person,” he said.